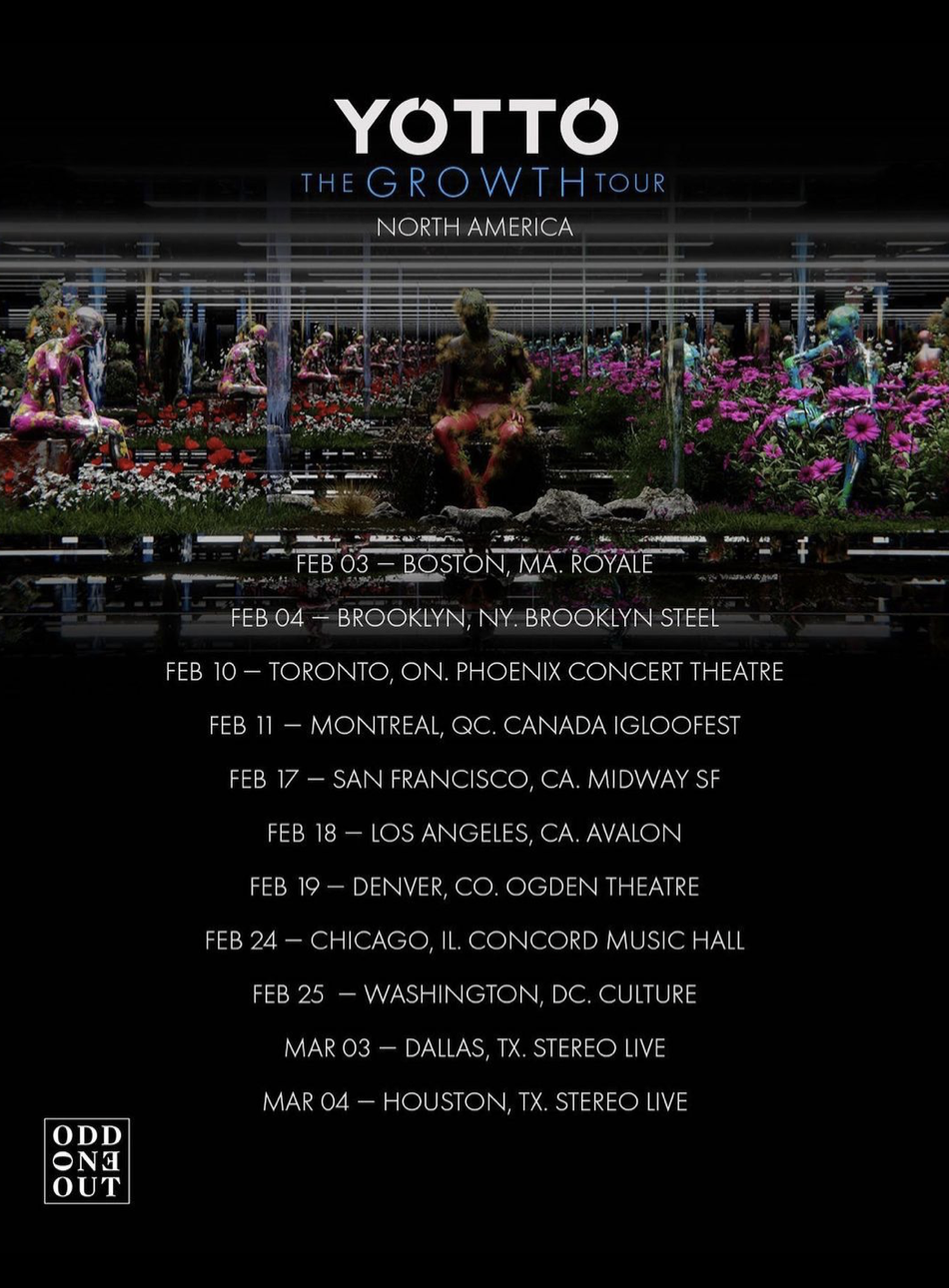 It’s a good week for Yotto fans, as the Finnish producer just announced a new album, accompanying album tour, and his first single. The Odd One Out label boss teased the announcement on socials earlier this week with a funny video and the caption, “New album. New Album Tour. New Single. Same idiot.…”

The following day, he announced details for his North American GROWTH tour, which will kick off February 3rd, 2023 at Royale in Boston, MA and make 11 stops before closing out at Stereo Live in Houston, TX on March 4th. You can get more info and sign up for presale access on Yotto’s website here.

“Saying simply that I’m excited for this tour does not quite do justice to the anticipation – I’m more pumped and ready than ever but also half scared. Some venues I’ve wanted to play for a long time here and I can’t wait to share all the new music at these shows, going to be very special! A lot more to be announced too.”

Stay tuned regarding release dates for the first single and album.