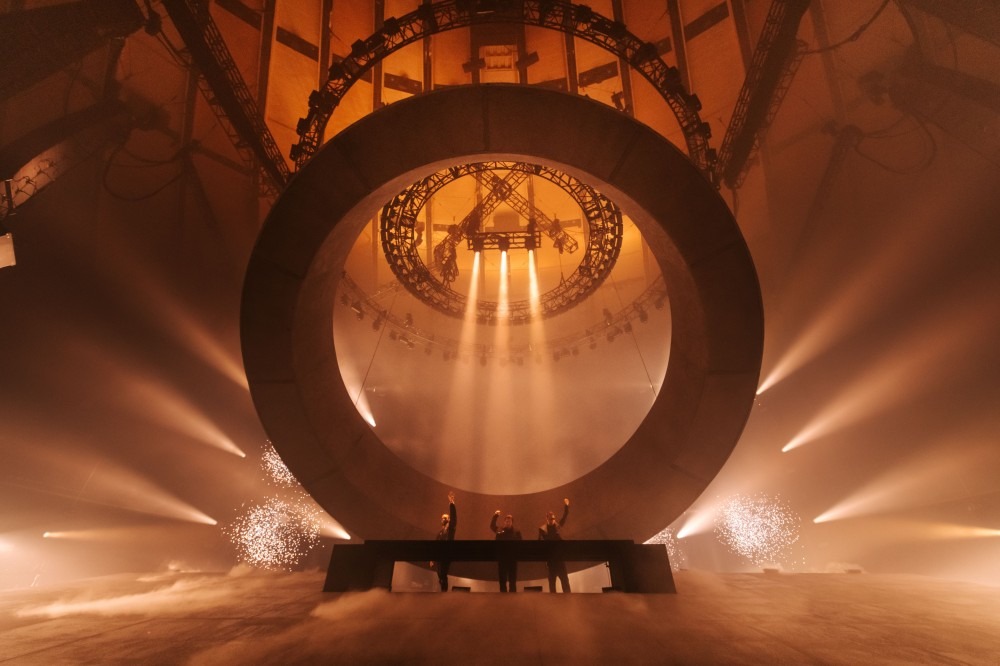 Last night, Swedish House Mafia made their grand return to the most iconic venue in the world in Madison Square Garden. Not only did they make their return to the arena, they burst through the doors of the garden with firepower like we’ve never seen before. Here is what happened last night.

The night began with Chloe Caillet warming up the Garden as the fans began rolling in at 8:00PM. She performed for about half an hour before ZHU took the stage for a very diverse yet mysterious performance. He played all his fan-favorite tracks that had the crowd cheering with excitement. To close out his performance, his team selected a handful of guests from the crowd to play a game of musical chairs live on stage with the winner taking home a laminated backstage pass to the show. After another stunning performance from ZHU, the Garden’s lights turned off while the crew began setting up for the main event. A black veil covered the stage which automatically gave flashbacks to when the Swedish trio last performed at Madison Square Garden just about a decade ago during their farewell tour. After a brief 30 minute intermission, the main event was about to be unleashed.

In true monochromatic Swedish House Mafia style, white lights began flashing all across the stage with their iconic round decorative centerpiece hovering over the heads of the trio. Once the first drop came, the black veil dropped from the ceiling revealing Swedish House Mafia and the Garden would turn into a nightclub for the next hour and a half. The challenge that the trio faced as they were planning out their performance was how they were going to utilize their countless classic songs but at the same time present a new and exciting feel to the show. But without a doubt, Swedish House Mafia rose to the challenge and masterfully threw down a set that featured all the classics as well as most of their newer sounds. Every classic from the trio imaginable was played one way or another and somehow they managed to make it feel like we were hearing it for the first time. The unity of the crowd throughout the show was unforgettable as the sold-out Garden synced in harmonizing the vocals of classics such as ‘Don’t You Worry Child’ and ‘Save the World’.

New York has been waiting for around a decade to witness Swedish House Mafia graze the stage of Madison Square Garden and the wait was very much worthwhile. The main takeaway from last night is that there is no doubt that Swedish House Mafia is official back and if you are a dance music fan, this is the one tour you can not miss this year. The tour has just began as the Paradise Again tour continues to make it’s way around the world. Make sure to grab your tickets to their stop closest to you here now before it is all sold out.