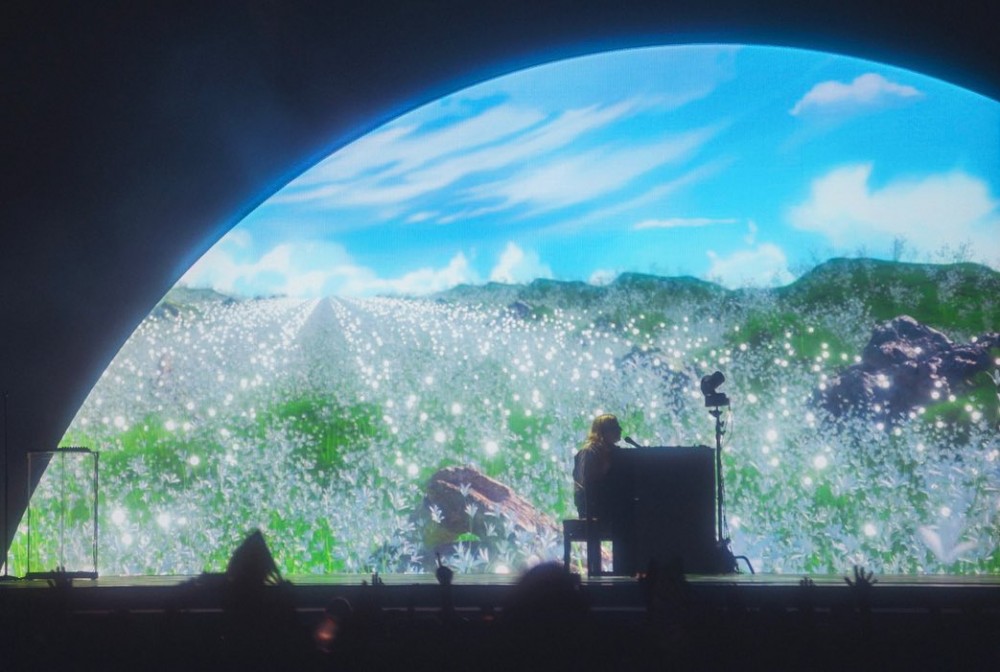 Porter Robinson’s Second Sky Festival is drawing near with a few changes and a big update. Fans have already been reeling about it. Porter announced a “crazy ass update” to his set for this year’s show. Porter is debuting TOGETHER Live, a reimagined live show with a band. As fans know, he closes out the show and it looks like it’s about to be something big. You can join the conversation on Twitter here.

Right now, we know Fred Again… had to drop out due to scheduling conflicts. There is no replacement artist as of right now. Porter is already bringing back Virtual Self for this show. What more can fans expect? Some guesses included Air2Earth or a dark side to Nurture. Looks like I’ll have to wait for a happy hardcore set where Porter goes all out with his nerd side. To experience TOGETHER Live, it’s time to attend.

Second Sky takes place on October 29th and 30th at the Oakland Arena Grounds. Get your Potaro merch, and enjoy the tunes of Porter and all his friends. Join the likes of RL Grime, Kyary Pamyu Pamyu, Bladee, salute, Magdalena Bay, Hudson Mohawke, G Jones b2b Virtual Self, and DJ Potaro. Who will be the special guest? What is your guess?