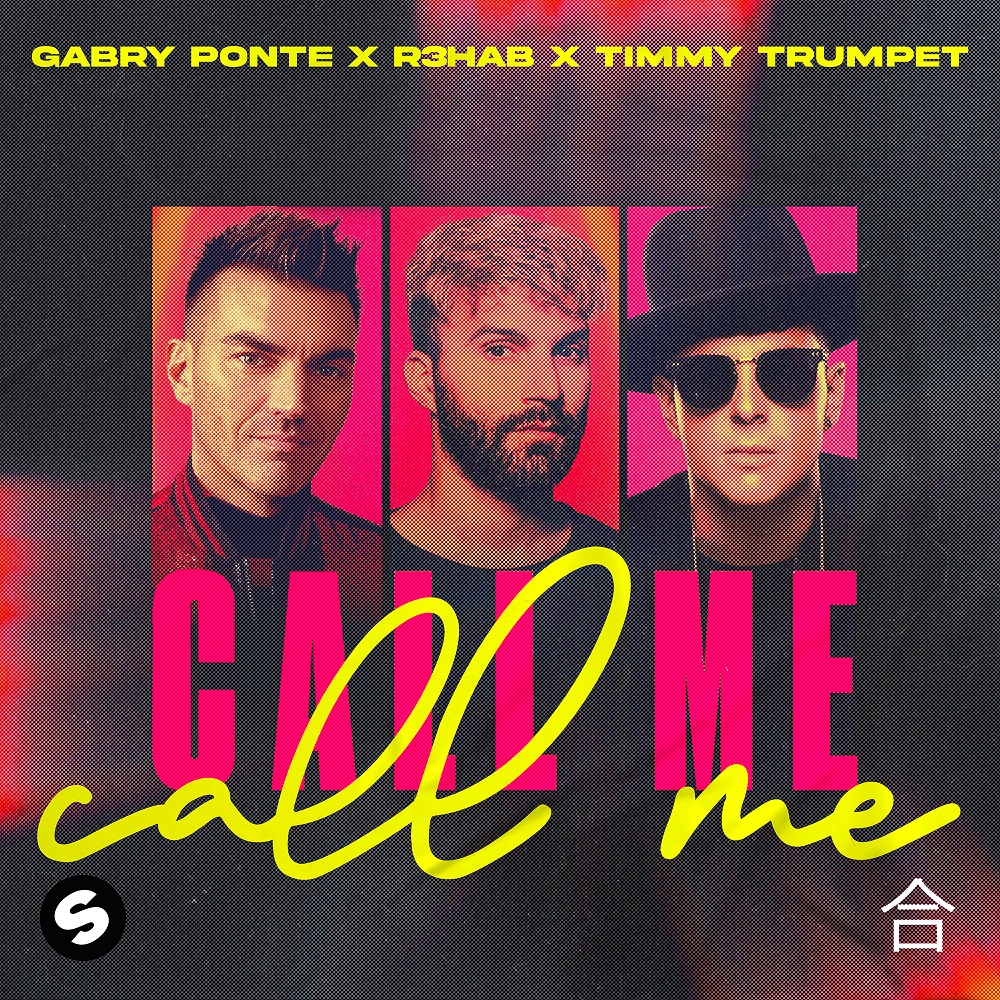 It’s hard not to remember ‘Call Me’,  the song made famous by Blondie and the A-class composer Giorgio Moroder. For many, the tune was the soundtrack of life during the 80s– an energetic and engaging song, chosen by the three multi-platinum producers Gabry Ponte, R3HAB, and Timmy Trumpet, to be reinterpreted in their distinctive modern styles. What a wonderful gift to start the new year. Nostalgic of the 80s and a dancefloor delight for music fans of today!

Gabry Ponte, the Italian DJ/producer, continued to release solo material after the worldwide success of EIFFEL 65, always keeping in rhythm with the newest sounds in electronic music. In 2019 he dropped his “Monster” collab with LUM!X, followed by additional joint efforts in the shape of ‘The Passenger’ (along with D.T.E.), and ‘Scare Me’ (along with KSHMR). His May 2021 collaboration with LUM!X and Prezioso, ‘Thunder’ has established itself on the dance market with force, grinding millions of streams and obtaining several certifications, including platinum records in Sweden, Norway, and Italy. Also noteworthy is his collaboration with Aloe Blacc on ‘Can’t Get Over You’, released in December 2021.

Dutch-Moroccan multi-platinum DJ and producer Fadil El Ghoul, better known as R3HAB, has been trailblazing his way through dance music for the better part of the last decade. From his breakthrough remixes for Rihanna, Drake, Taylor Swift, Calvin Harris, The Chainsmokers, Lady Gaga, to anthems such as gold and platinum-certified ‘All Around The World (La La La)’ and ‘Lullaby’, to his collaborations with the likes of Luis Fonsi, Sean Paul, ZAYN, Andy Grammer, Sofia Carson, Smokepurpp, Dimitri Vegas & Like Mike, Astrid S, Olivia Holt and more, R3HAB has proven to be one of the most talented and forward-thinking artists in the game, whose work collected over 5 billion streams to date.

DJ, producer, and live instrumentalist Timmy Trumpet is undoubtedly one of the most prolific performers in the DJ Mag Top 100. An award-winning, multi-platinum selling recording artist, Timmy has forged his way to the top of the industry alongside influential artists taking the world by storm. His breakthrough release, ‘Freaks’ has reigned in over half a billion streams, reached six times platinum status in Australia, and dominated the charts in ten countries becoming the highest selling track of all time on Ministry of Sound Australia. In 2020, after over more than a decade on the scene, the DJ producer issued his first album, Mad World. The set included the singles ‘911’ with R3HAB, ‘Up & Down’ with Vengaboys, and a cover of ‘Mad World’ with Gabry Ponte.