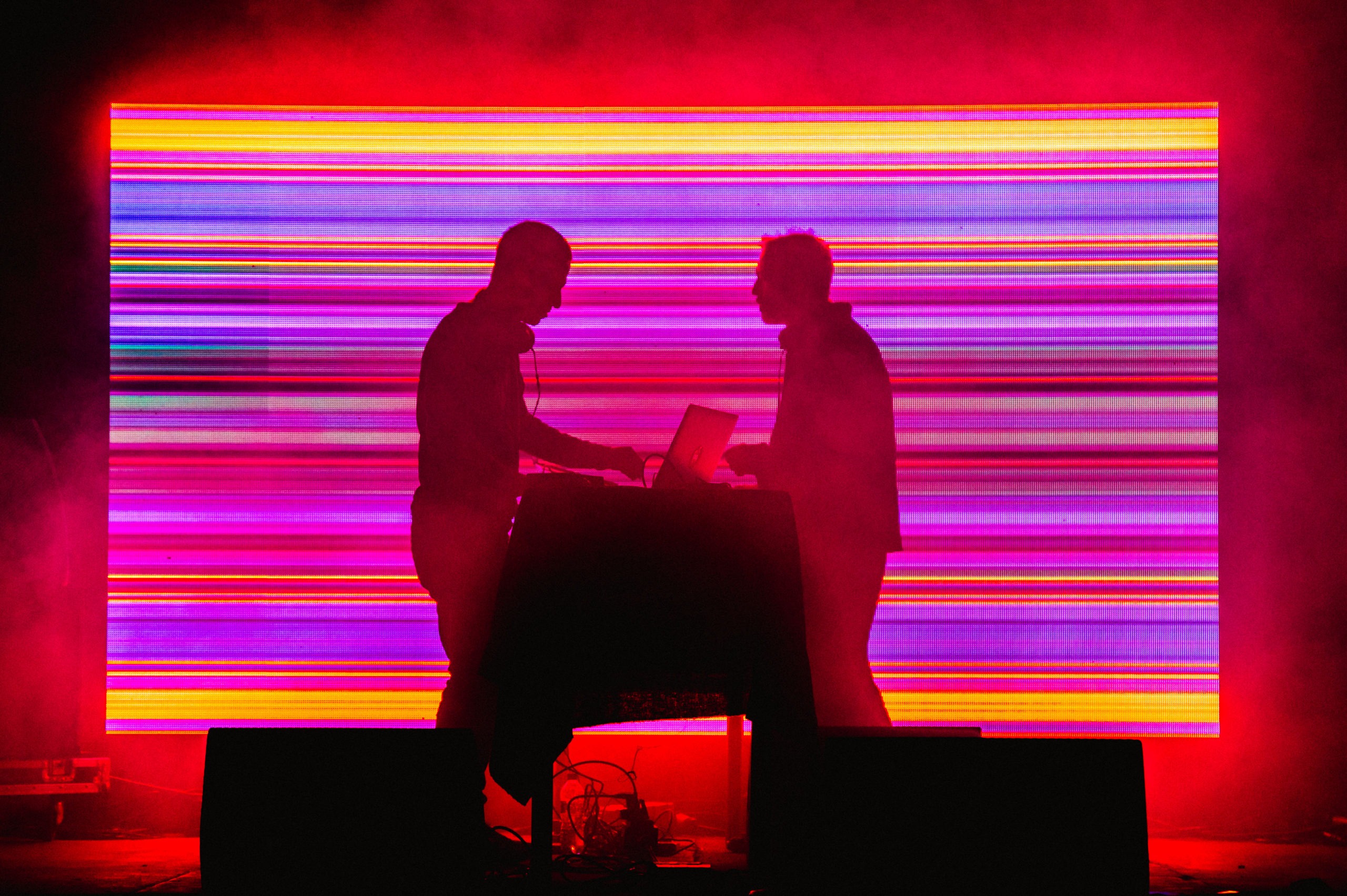 We’re delighted to share the From Colors To Lines album, composed by Ricardo Romainero and featuring NoiSioN on live electronics.

EDMjunkies first experienced the From Colors To Lines album in a live set on the intimate Pinters stage at Houghton Festival back in August, and we’ve been eagerly awaiting its release since. Standing opposite each other, Romainero and NoiSion delivered an hour of shapeshifting soundscapes full of immersive beauty, with a backdrop of linear, colored lines, morphing and strobing in synchronicity with the music’s harmonies and rhythms. The live piece gorgeously weaves together the 10 tracks from the album as a fluid one-hour set, and was one of the highlights of the incredible Houghton Festival.

Composer and new media artist Ricardo Romainero was born and raised in Sao Paulo. Graduating from The Juilliard School in classical composition, Ricardo’s music synthesizes his major musical influences and passions: classical music and electronics. After meeting NoiSioN (real name Ravi Ivan Sharma), a Brooklyn based musician specializing in live production, hardware synthesizers, and sequencers, they both knew it was the makings of a beautiful collaboration, and From Colors To Lines was birthed.

The 10 tracks from the album are now available to download exclusively by subscribers of EDMjunkies+ below. You can also listen to the album on our SoundCloud as one cohesive mix.