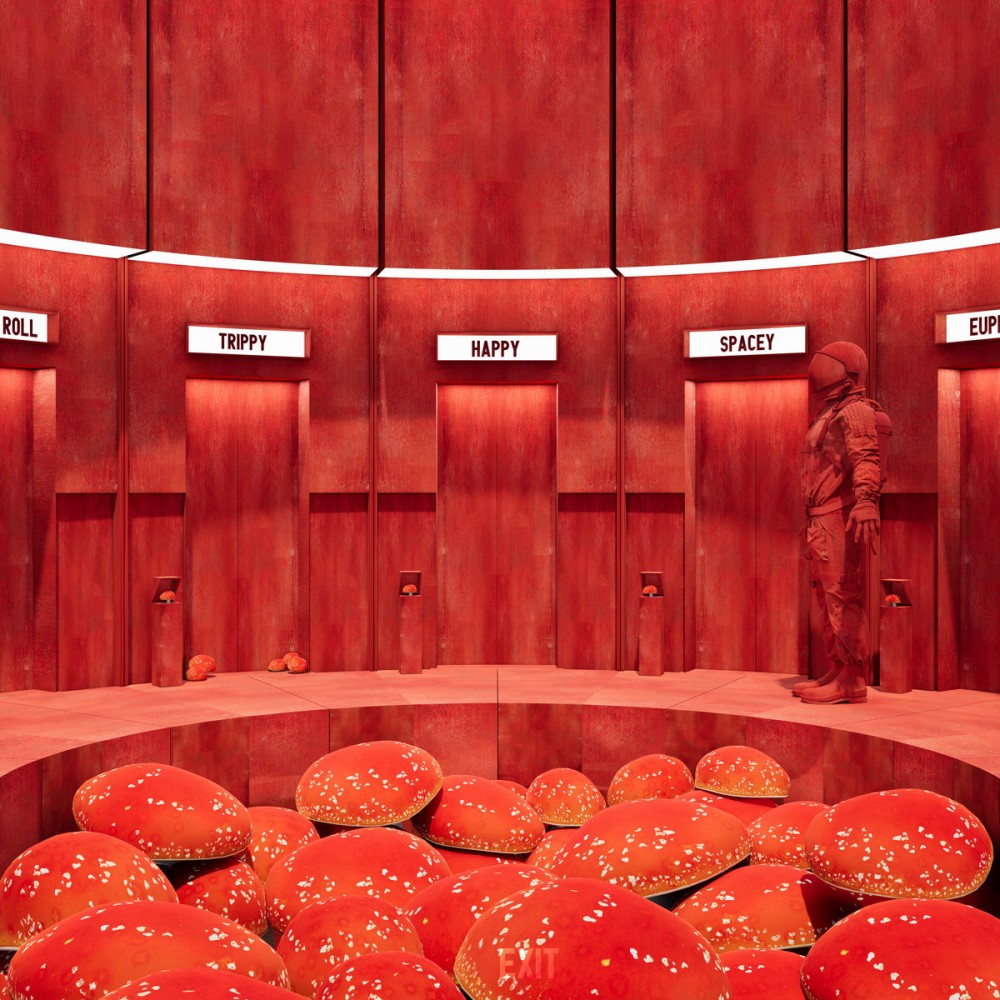 Carlita’s meteoric rise through the electronic music space continues with her impressive new ‘Bon Trip’ EP; available on September 27 via DJ Tennis’ famed Life and Death label. The EP will be available on all streaming platforms and it marks Carlita’s first-ever vinyl release.

The EP kicks off with the title track, a spacey slice of progressive house drenched with a classic-era piano line – it’s exactly what you want to be listening to when the sun rises and sets at your favorite outdoor party. Next, ‘Run Run Run’ immediately kicks into high gear with an irresistible bassline that offsets Duddha’s spiritual, leftfield vocals which help make the track quite the trip. The package is rounded out by two remixes – Krystal Klear offers a punchy, electro-interpretation of the title track while Red Axes dips ‘Run Run Run’ into a vat of acid for their 303-inspired version of the song. The EP was featured prominently during Carlita’s September 5th Cercle set from the mythical Cinecittà Studios in Rome, Italy. The Cinecittà Studios, often called “La fabbrica dei sogni” (“Dream Factory”) was the backdrop to her performance, a location where over 3,000 films have been shot at Cinecittà in its 80+ year history and at least 51 of them have won Academy Awards.

“I conceived this EP during the Pandemic as I wanted to create positive energy for myself, I dreamt of parties that I wanted to play, iconic venues, I dreamt of people being able to dance together carelessly again… I have been putting the finishing touches throughout the summer while touring nonstop to realize summer of 2022 was the ‘bon trip.’  With Bon Trip, I stepped out of my comfort zone to create this psychedelic and uplifting package. I was very inspired by Scandinavian Disco producers like Todd Terje and Lindstrom. This is also why I wanted to involve some of my heroes like Krystal Klear, Red Axes and Duddha,” Carlita says.

Carlita has been turning heads – and for a very good reason. Now based in New York City, the Turkish-Italian artist is a classically trained multi-instrumentalist who is part of the underground’s most elite circles. She’s renowned for playing unique stages internationally; from Burning Man to Tesla’s Giga Factory opening and more. This summer, she’s turned up the heat with her project by getting her hands on numerous impressive ventures. Earlier this month, her official remix of RÜFÜS DU SOL’s track “See You Again” was released as a part of their ‘SURRENDER REMIXES’ album, alongside remixing artists like Adriatique, Colyn, Dom Dolla, and more. On September 9, coinciding with New York Fashion Week, Carlita presented her own multisensory high-fashion concept party called Senza Fine. The party blurs the boundaries between genres of music, people, design, and experience – attendees are immersed in a boundless celebration of the senses through the use of colored haze, lighting, fragrance, and curation of architectural design. “Bon Trip EP” comes on the heels of Carlita and DJ Tennis’ incredible remix of Diplo feat. Jungle “Don’t Be Afraid” which is available on Higher Ground from September 16.

Founded in 2010 as an Italian record label and event brand, Manfredi Romano’s (aka DJ Tennis) Life and Death curates soulful dance music with a post-rock aesthetic. The common thread linking everyone involved in Life and Death is something beyond their specific talents.