Bingo Players & ZOOKËPER Return To ‘Do What You Like’ 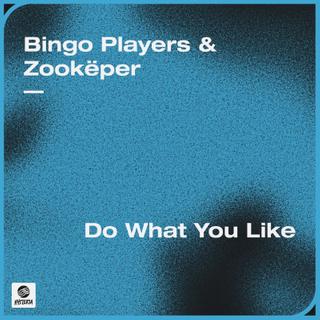 Bingo Players & ZOOKËPER Return To ‘Do What You Like’

Bingo Players is back in action with a fiery disco, house, electro track in collaboration with ZOOKËPER. Titled ‘Do What You Like‘, this track is a vibe. His timeless hit ‘Get Up (Rattle)’ garnered 150 million streams, but this one follows it with pride. We see its release on Hysteria Records. What’s more, is he’s going on his first US tour in nearly two years.

From the beginning, the tempo already excites you. Once the soft synths and delicate production set come into play, the tone is ready. From its gripping vocals to its bold, bouncy beat, the piano adds a pop of flavor to it as well. It casts a really great Europop soundscape in the beginning. You can hear the disco influences from the start and the soundscape is pristine. If you needed a new club-ready banger to add to your playlists, add this one. The instrumental symphony that builds up during the breakdown is so satisfying When it drops, you hear those disco synths and it’s out of this world.

This is a long-awaited release from the Netherlands-based producer. He already released 12 new tracks as of 2020 with over half a million followers on Spotify now. We’ve seen the success his tracks pull, with the 2020 rework of ‘Devotion’, ‘Brighter Days’ and ‘Forever Love’. He garners over 400k subscribers through his releases, but that’s increased to over 3 million listeners now. Pairing him up with ZOOKËPER created a match made so perfect, they’re now touring together.

Yes, they’re embarking on a journey together starting in New Jersey. They make their way to Vegas, Arizona, Texas, and ending in Florida. For more information regarding tour dates and tickets, you can visit their site here. For now, listen to what they have to offer with their new single below.