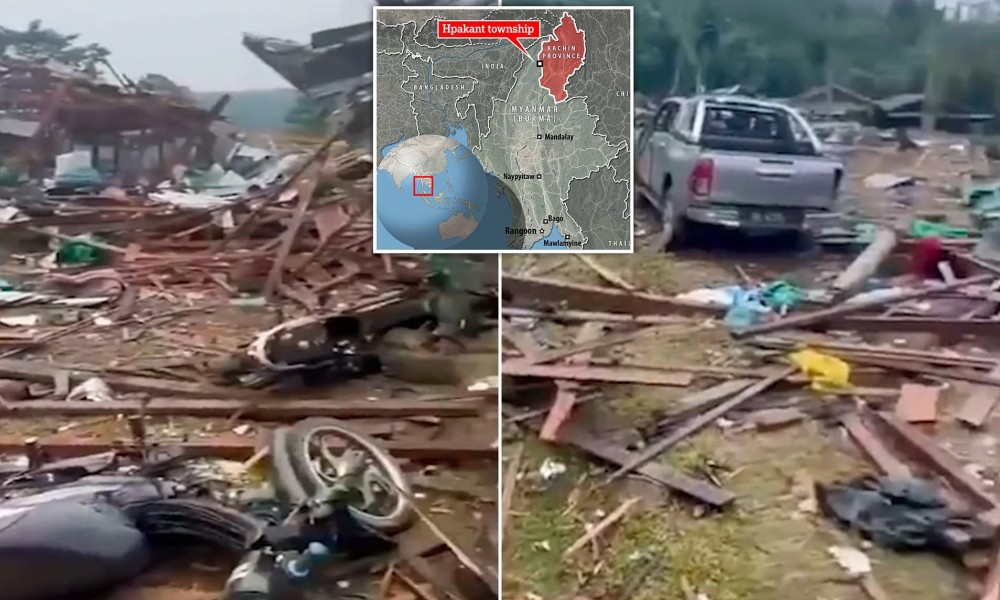 More than 60 people attending a music festival were killed by a military junta airstrike this past weekend. As a matter of fact, Myanmar Music Festival was the site of a tragedy yesterday, as bombs dropped from the sky directly on festival grounds, killing attendees, performers, and staff alike. At least another 100 people were injured, per reports. The event was celebrating its 62nd anniversary since the founding of the Kachin Independence Organisation (KIO).

The attack, reported to have been carried out by two Myanmar military jets, comes three days before Southeast Asian foreign ministers are to hold a special meeting in Indonesia to discuss widening violence in Myanmar. Myanmar is currently ruled by a military junta, that overthrew the elected National League for Democracy government in a coup d’état in 2021. Judging by the early count, this appears to be the most casualties that the country has had since the military junta seized power last year.

We lost our people, our artists and our brothers and sisters. I will never forget this ugly action and they have to pay for it,” a Kachin musician told the dpa on condition of anonymity.

Reported footage from the scene also emerged via Burma Campaign UK. As you can see, it shows the high level of destruction that occurred.

Official death tolls are still unknown as the Internet remains closed off in the region in an attempt to stop the spread of information. The attack has been condemned by the exiled National Unity Government, which has been recognized by the European Parliament as the legitimate government of Myanmar.

More information should come out in the upcoming days.