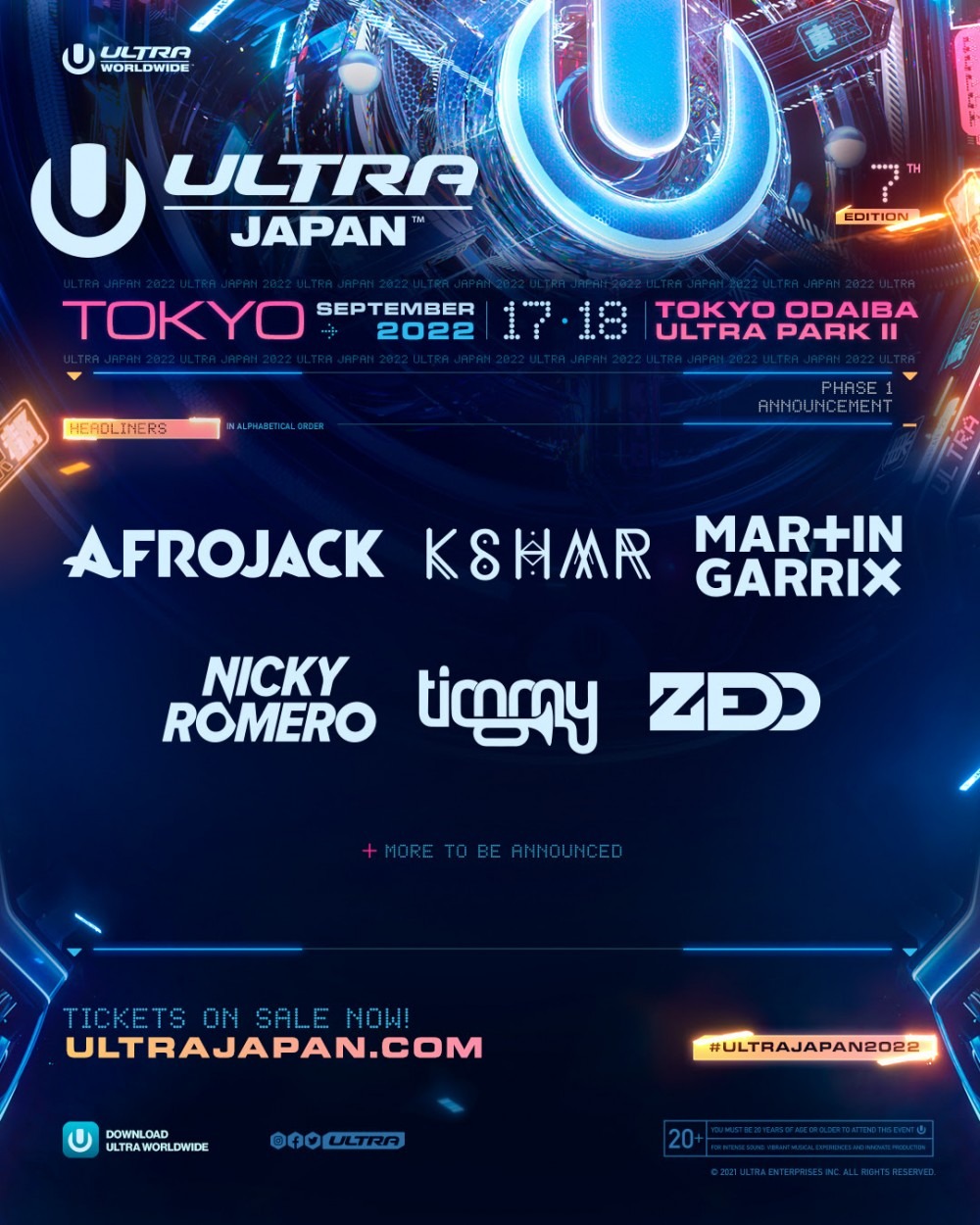 Ultra Japan is slated for September 17th and 18th in Tokyo’s Odaiba Ultra Park II. The headliners include Afrojack, Zedd, and Martin Garrix. This is the seventh time Tokyo has hosted Ultra and will have several stages.

Other acts announced in phase one include KSHMR, Timmy Trumpet, and Nicky Romero. There will certainly be more announced in the coming weeks.

The Odaiba Park venue is gorgeous and features a natural setting with an urban feel. It has many water features, views of bridges, and it’s own version of the Statue of Liberty.

Tickets for Ultra Japan are on sale now here.

Ultra, which began in Miami, has since sprung up all over the planet with Ultra Worldwide. It now has festivals in Argentina, Chile, South Korea, South Africa, Indonesia, Singapore, Spain, and of course, Japan.