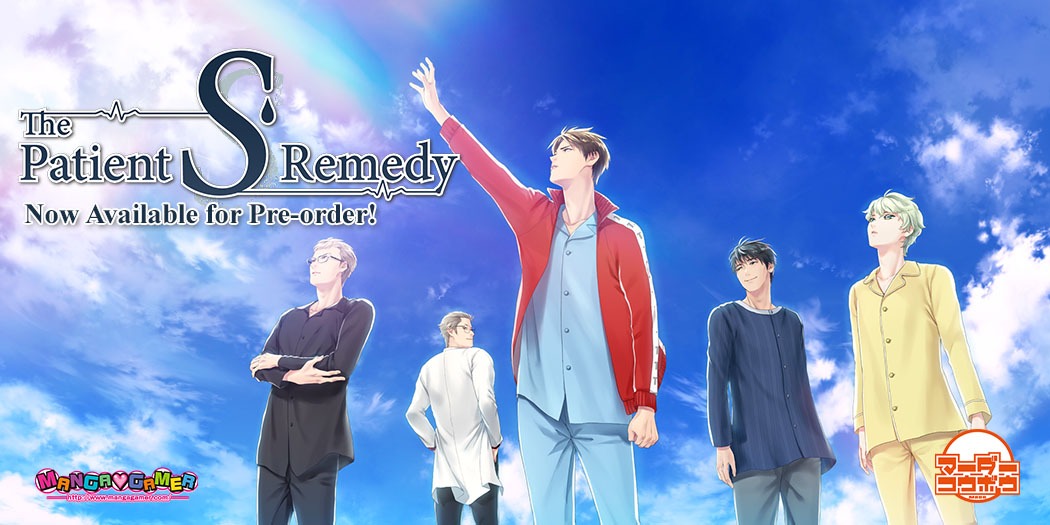 The Patient S Remedy from MADA Labo is now available for pre-order on the MangaGamer store fully uncut and uncensored! Available June 23rd! Pre-order and save 10%!

Sota Sasaki was affected by the lethal “candle disease”. However, it turned out that his semen was a cure…?! A BL game that depicts the fate of men affected by a strange disease, set in an isolated hospital ward.

An adult BL game featuring blinking and lip-syncing animations in Full HD, which expresses the emotions and charms of the characters in a lively manner. Presented by MADA Labo & Tougo Mito, who attracted a lot of attention in his first work, Naked Butlers.

Progressive Cell Degeneration – commonly known as candle disease, is a strange disease in which the body melts or hardens like a candle, and typically leads to death within 5 years.

Sota Sasaki was diagnosed with “candle disease” and became a patient himself. However, it turns out that his semen might be a cure…!? Due to his bodily fluids’ miraculous nature, and in exchange for participating in research, he was given a special privilege: he will be treated like a king within this closed-off hospital world.