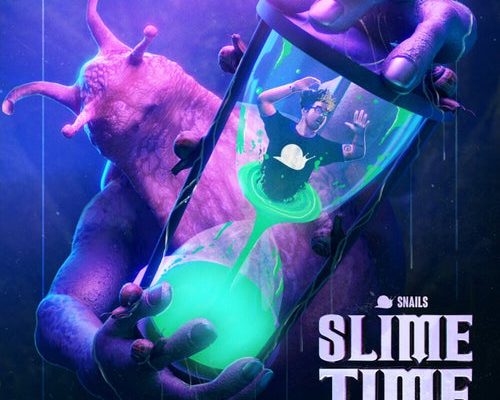 Last month, SNAILS released the thunderous bass-filled lead single of the project, “FROGKIND,” after a year-long hiatus of introspection and honing of his craft. Now he drops the full EP which also includes two new tracks, “BRAINFARTS” and “GASTROPODZ,” which both showcase the maddening synths and intense bass drops that Snails’ fans can’t get enough of.

The EP coincides with a complete rebranding of SNAILS with more musical storytelling and visuals. Snails himself is also featured in the new visuals which has undergone a revamp as well, with heavy inspiration from Salvador Dali’s work. The same outlandish creatures that are essential to the brand are still there but the coloring and style has been uplifted in a beautiful way.

Last year, SNAILS released “DEATHMATCH” with SVDDEN DEATH and his WORLD OF SLIME remix EP featuring Blunts and Blondes, Subtronics, Wooli, and more. This year Snails has more eccentric videos and a mixtape on the way so follow his socials and stay tuned while you listen to SLIME TIME below!