Shapov & Nerak Join Together Again For ‘Dark In The Light’ 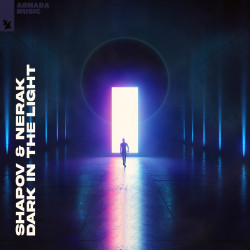 Shapov & Nerak Join Together Again For ‘Dark In The Light’

The Russian talented producer Shapov explores together with Nerak the magic of the future rave with their new track ‘Dark In The Light‘. At the same time, it confirms the versatility of artists to join the trends with a fresh and original touch.

Shapov is one of those talents who has remained a favorite through the years. 2021 has been a time full of great successes in terms of music, going through several singles such as ‘Light Up The World‘. In most of them, Nerak was present, with whom he now presents a new theme.

‘Dark In The Light‘, released through Armada Music shows the complexity and deeply layered construction that characterizes progressive house. True to its style, it builds an atmosphere of great proportions that contains bizarre sounds typical of the future rave sound. A complete analogy to the darkness that takes over the light and many times even consumes it. Giving a special touch and a fresh twist to the progressive house of both producers.

In summary, it is a driving track that suites the soundtrack of the night. A chill and ambient soundscape adds to its majestic touch. Undoubtedly, the rude Shapov with each production that he puts out shows a constant improvement of his talent and capacity for innovation in sounds.

You can listen to Shapov & Nerak- ‘Dark In The Light’ below!