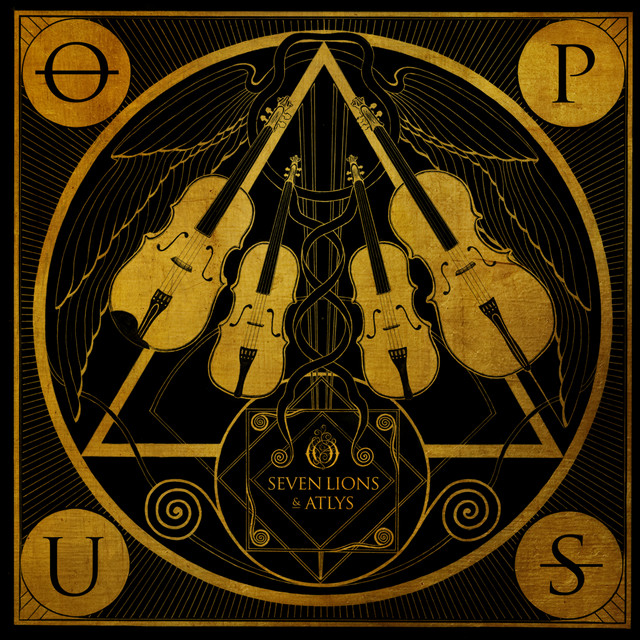 Seven Lions and the classical music quartet ATLYS teamed up to re-imagine the most iconic tracks from the Ophelia label founder on a new LP titled ‘Opus’. This is the first fully acoustic album by him.

Seven Lions is one of the most prominent artists of recent years. Being a fan favorite every time he releases new music or when his name appears at different festivals around the world. In this instance, he decided to even exceed his own standards by adding the ATLYS instrumental quartet to the equation for his LP. The product of this combination was an orchestral translation of 8 of the greatest classics by the DJ and producer, which gives an unknown, yet fascinating feel to the songs we love.

At first, Seven Lions did not conceive the idea of materializing an album such as Opus, but when noticing the reaction of the public with an ATLYS presentation last July at an Ophelia event in Colorado, they decided to get to work. The tracks for this work were: ‘Only Now’, ‘Rush Over Me’, ‘The Blood’, ‘Dreamin’, ‘What’s Done Is Done’, ‘First Time’, ‘Ocean’, and ‘Worlds Apart’.

“When Seven Lions came to us just a mere 5 months ago to invite us to be a part of this acoustic instrumental project, we were completely humble and starstruck. As ATLYS, we love experimenting with different genres and going where no string quartet has gone before.

The EDM world was a musical soundscape that we had yet to explore, and we couldn’t wait to discover how to play dubstep and other EDM techniques on our classical instruments. We’ve performed over 1000 concerts around the world, but performing with Seven Lions at Red Rocks and Chronicles III at the Gorge, with thousands of fans singing along, will definitely remain a highlight for us for the rest of our lives. Working with the Ophelia team and Jeff has amazing. These songs are so well-loved, they bring comfort and light to Jeff’s fans worldwide, and we’re so honored to have been the ensemble that brings them into the string realm, thanks to the help of our favorite world-class arrangers, Andrew Vogt and Ari Fisher.“

ATLYS does an excellent job with the interpretation, while at the same time, preserving the original essence of each Seven Lions track.

Lastly, you can listen to Seven Lions and ATLYS- ‘Opus’ below!