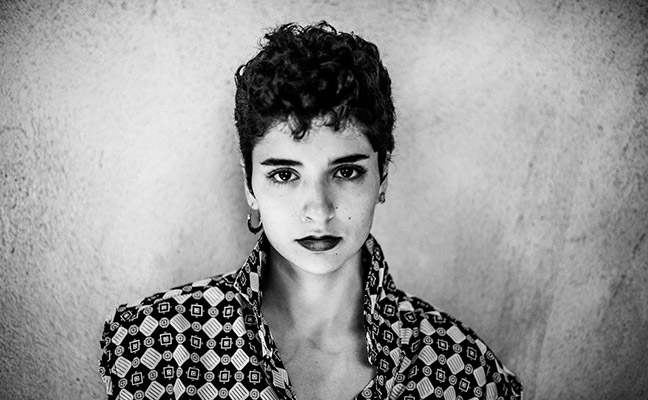 Rasha Nahas has released “Desert,” the first taste of her upcoming debut album.

Nahas wrote “Desert” during her move from Palestine to Berlin, Germany. It features her poetic vocalization over delicate, evocative passages of guitar and wailing violins. The verses are punctuated by foreboding instrumental interludes, awash with sweeping orchestration that slips in and out of the musical overtones of her native Middle East.

The music video, streaming below, was shot in Haifa, Israel, with Nahas’ close friend Elizabeth Kroglov and a local team in Palestine producing and acting in the video.

A classical guitarist since the age of 10, Nahas has long been crafting a sound that moves seamlessly between the resonances of early rock and free jazz, complemented by her distinctive approach to songwriting and performance. Her debut album is due for release on January 29, 2021 on her own label, Rmad Records, and will be available worldwide in all formats via Cargo Records.