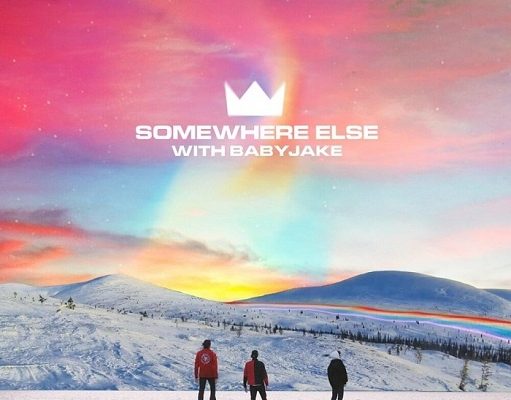 Robby and Freddy are back at it again with another new release. Dynamic duo Louis The Child have teamed up with singer and songwriter BabyJake for ‘Somewhere Else.’ In addition to the track, we were also gifted an epic music video.

‘Somewhere Else’ tells the story of focus, and what it means to come back to the present moment. It explores one’s journey towards self-discovery and the progression of chasing a more fulfilling life. The music video is flooded with signature, vibrant Louis The Child colors and breathtaking landscapes. BabyJake’s vocals add an extra poetic flare to the irresistible rhythm of the track. As if the song alone isn’t already spirited enough, the video simply brings the message to life.

2020 was a rough year for the music industry. However, this duo still found ways to shine. From recent singles like ‘Self Care’ (with COIN), to dropping their debut album Here For Now, Louis The Child remains on a roll. Watching their progression over the years is extremely exciting and inspiring. If there’s one thing for certain, it’s that we cannot wait to hear these guys perform live again – because if you’ve ever seen a LTC set, you know how incredible they are. *chills*

Singer and songwriter BabyJake has deemed his style of music to be “urban pop” – a melting pot of dance music, soft rock, R&B, and hip-hop. He drew attention from the music world in 2016 for his single, ‘Little Mess‘, which he released under his real name: Jake Herring. In 2019, he debuted as BabyJake with the single, ‘Cigarettes on Patios’. In 2020, we saw his first EP under this alias, Don’t give me problems, give me wine. The energetic passion in his voice and his overall musical talent is undeniable. His contribution to ‘Somewhere Else’ truly ties the whole project together. PS: his debut LP is in the works.

Stream and save this genre-blending track down below!