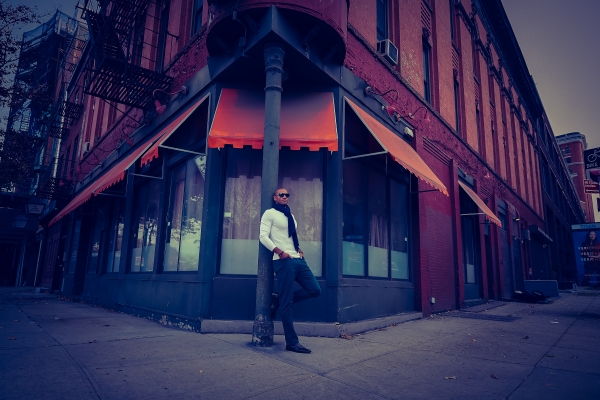 Originally planned as a May release, Ghost RAM bumped up the release date after having to cut short his European recording trip due to the COVID-19 pandemic. Upon his return to New York he completed “Vol. 2” during the two weeks of quarantine.

Ghost RAM: “Given the suffering and pain around the world, my first impulse was to abandon my projects until everything normalized. However, after some reflection, I realized that it’s music and the arts that can help pull people through these tough times, whether they’re fighting the virus or socially isolated at home. As bad as things are, hopefully music can inspire people and give them at least a brief reprieve from everything that’s going on in the world.”

As with “Vol. 1″, “Vol. 2” blends multiple genres to create a lively & uplifting atmosphere by featuring several remixes of popular hip-hop songs by Roddy Ricch and Young Thug, the big room sounds of BROHUG, Kaskade, and Matisse & Sadko and with a number of energetic remixes of several popular classics by Whitney Houston, The Killers, and Yellow Card, as well as Dave Edwards’ new dynamic remix of the viral sensation Rascal by RMR.

“I approached the project as though I was creating a monster festival set. I wanted to take listeners on a musical journey where they’ll hear new music, new takes on their favorite classics, as well as a few tracks they probably wouldn’t expect to be paired together.” – Ghost RAM

An ardent lover of both dance and rap, Ghost RAM strives to incorporate both genres into his sets in a fashion that is true to the original works but will also resonate with diverse audiences.

Roughly two months after its release, RAM’s World Volume 1 has racked up an impressive 120,000 streams and Ghost RAM is hoping fans will be as receptive to his latest release. He initially planned to record his deubt single in Europe this spring but had his trip cut short due to the COVID-19 crisis. Ghost RAM plans to release Vol. 3 in the summer. He’s currently home in New York recording his debut single which is planned to release in June.