WE TALK VINYL WITH ANDRE GALLUZZI WE TALK VINYL WITH ANDRE GALLUZZI

Part-German and part-Italian, techno DJ/producer and Aras label owner Andre Galluzzi did try living in London a couple of years ago, but many of his connections and compadres reside in Berlin. “At the moment it's better for me living here,” he tells DJ Mag from Berlin. “I really like London, but it's a little bit easier for me living here. Definitely both cities for electronic music are the addresses for Europe.”

An average day will see him explore record stores in the city before cycling to the famous Riverside Studios complex where he'll work on new tracks, remixes and forthcoming records. He released his debut solo album, ‘Alcatraz’, last year — a sparkling collection of deep and intricate techno-tinged tunes. “The most important thing for me is to put out music that I really need for my sets, I never would put a record out that I don't play,” he says.

His exciting We Play Vinyl event series is a two-pronged venture that does exactly what it says on the tin, with Andre inviting like-minded players on the scene to come DJ with him, as well as get involved in releasing music through his label…

Could you tell us a bit more about We Play Vinyl?
“The first one was in 2011 and it was in Berlin with Ricardo Villalobos, Guido Schneider, me and more Berlin people. For me it was important to have an organic party. You also can have a live act, but when we have a live act, normally he should play really live, not only one laptop and one drum machine.

So, basically, have you always played vinyl? Or was there a point where you tried to play digital?
“The only thing that I do sometimes is playing CDs, but not much. These days it's really difficult to get all the music you want on vinyl, and sometimes the problem is that when you play every weekend, two or three times, then the vinyl quality is going down really fast. Or you try to play your own music that you've just produced and you want to know how it sounds in a club, then you have to play CDs. But I would say that 90% I play vinyl, as I can.”

Fair enough. We hear that you keep your records nice and clean after your gigs, so tell us how, please? Come on, we need some practical advice here...
“Yeah, it's really funny, people are making jokes about this because sometimes — and also when I play live and I see there's some dirt on the needle — I take a bottle of water and put it in the centre, so that's some tricks I do sometimes.

Also, you have to really clean them after the show because sometimes they smell really bad because of the smoke in the club — and the drinks. I really do give them a shower, put them a little bit under the water, with some soap.

When you play some vinyls and they sound a little bit dirty, then it's missing something and it's not powerful enough. Especially these days when I play sometimes after someone that has just played with something like Traktor or only CDs or computer, it's hard enough for me to play after them, because… by the way, that's also the reason we started the We Play Vinyl party because then you have the whole night with one sound. It's so difficult because it's a lot louder.”

The practicality of playing vinyl and taking a lot of heavy luggage, that's one of the reasons that people stopped, isn’t it? When there was the option to go digital, it became more appealing in that way. But not for you...
“Not for me, no (laughs). Because for me it's also part of the DJing, also to go out to the record stores, to have the contact with the people, to see the covers, all these things. Of course I have to carry my bags, but I have some friends to help me sometimes. This is part of the job, but for me it's not really a job, it's a passion, but you know what I mean.”

There was a time when everyone said vinyl is dead, vinyl is finished. Some people closed their record stores, and now they wish they hadn't, many people switched from there. Do you think people are going back to vinyl?
“Some people are, perhaps. But you know when you have two bags of vinyls with you, you know what you have with you. You have thousands of ways to play when you have a stick with all this music on and even more with the computer — sometimes people get confused and just play the 'top of the pops', you know what I mean? I get the impression that some people realise that and are going back, but not so much.” 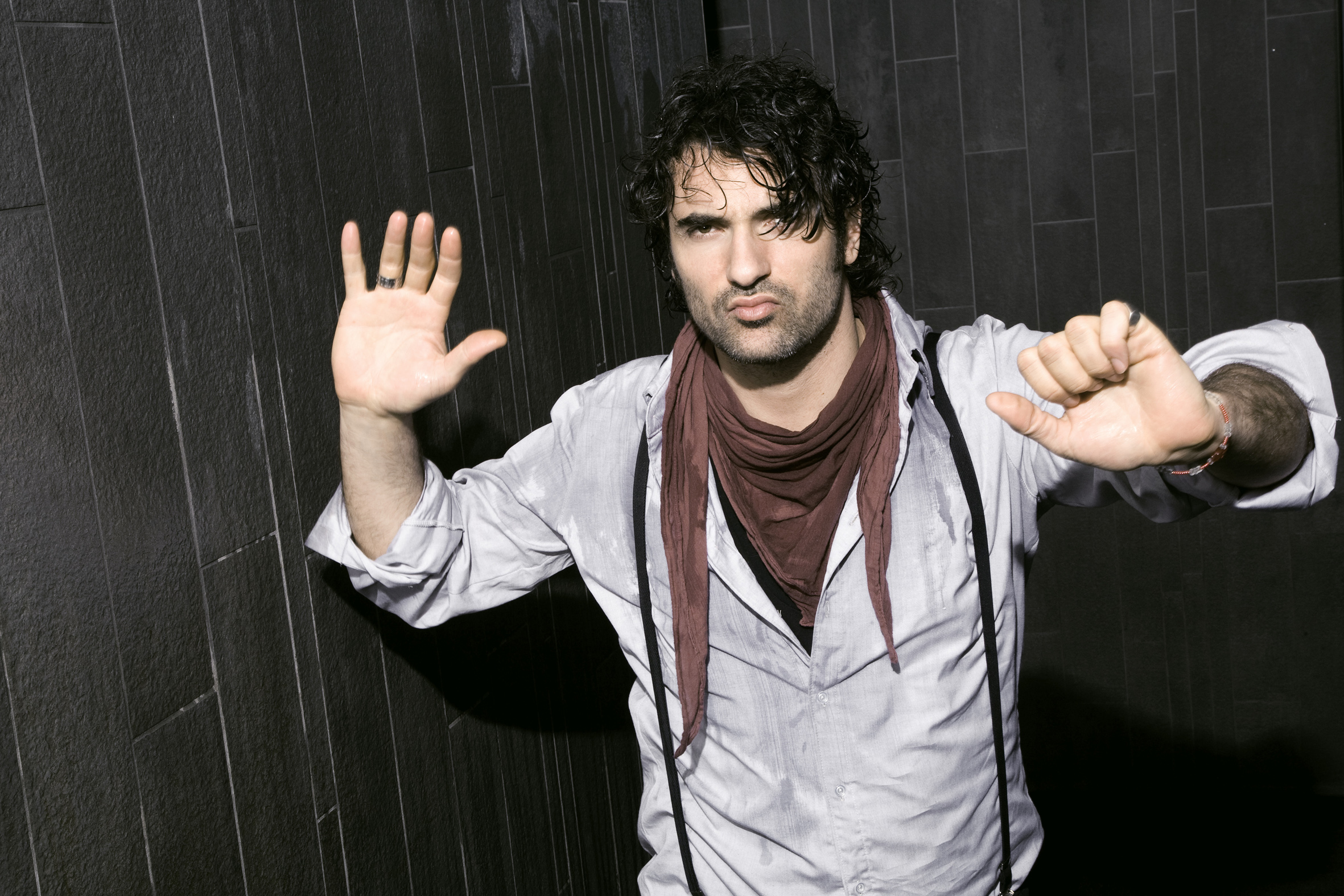 With vinyl you can really craft a set from what you have...
“Yeah, yeah. For me, it's like telling a story. It's also that normally I like to play a minimum four hours set, but it's not always possible because I like to build it up and go down again. With vinyl it's completely different to play, you really have to concentrate because sometimes the needles are not working right, jumping maybe — you always have to be there. It's different.”

It keeps you on your toes...
“You have to have a good soundsystem that's working with vinyl, but sometimes you have a good one but there's too much bass and then the needle is jumping. That's the other thing, you don't have so much use for it to have DJs playing vinyl.”

What about production-wise, what are you working on at the moment?
“At the moment I'm doing a remix for old friends of ours, Einzelkind. He’s from the Cocoon family, and he has a really nice project called Hot City Orchestra right now that we like to play. He just did a track for us because he's also playing on the next We Play Vinyl.

We're planning that a few artists that we book for our parties — we will also put out some music of theirs. There are things in the pipeline. There are remixes from my album just coming as well. Maybe I'll do my own remixes of my album. Really quality good music, this is the message we want to share with people. I don't care so much about hype, I don't give a fuck for that. I just want to show good music.”

Thank you for the mix, and it's all vinyl, yes?
“Always and only. The thing is, what I do is podcasts — it's not so much prime-time sets, which I also play of course, I play rave and so on, even when I play Egg London. After a time you have to go up a little bit also. But in the podcasts thing, I like to put in a little bit more so that you also can listen to it in the car or when you wake up. So that's one side of me. I want to start really slowly and then come into it.”

You've been described as a veteran DJ — maybe not all DJs want to admit to that term, but in a lot of ways it gives you a lot of freedom...
“That's true, but sometimes it's also not so easy, because some people when you go into a club they expect something that they want to hear at the moment. I always try to come in the middle to catch the people to tell my story, but you have to be working with the people — it's always different. Sometimes I have the impression that in the past people trusted you a little bit more, but now we have so many parties, we have so many podcasts everywhere with the internet, it's a little bit hard to catch them. But I do what I do best, and most of the times it works well.”