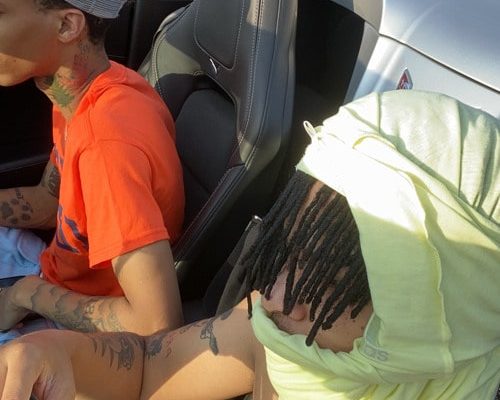 The two iconic underground rappers have joined back together for another track. Summrs (@summrsxo) and Autumn (@twinuzis) dropped a single called "My Twin" on Summrs Soundcloud account. The beat sounded very experimental and different in the beginning from what I've heard in awhile. The beat was produced by Kankan(@fuckkankan) a underground producer. Since the track has dropped on September 18th it has earned 44.7k plays, which is very impressive but expected out of the two underground artist figures.

The fans were satisfy with the track and has had positive comments to express about it. Some were even having comparison battles over which verse was better. But one thing is for sure fans were happy to hear from Autumn again, since the last time they heard from him was from his album "It's Verront" almost a month ago. But Summrs has been pretty consistent with his music so fans should expect to see more tracks from him soon!

If I had to rate this track I would give it a 7.9/10, both verses were both head boppers to hear, the audience even said Autumns verse was comparable to a fast rapping Lil Uzi Vert track due to way he was able to control the bass in his voice so well. I know speak for fans when I say we'll be anticipating their next collab track together. Follow both artist via @summrsxo & @twinuzis.