Splash House Impresses Once More, Brings The Heat To The Oasis That Is Palm Springs 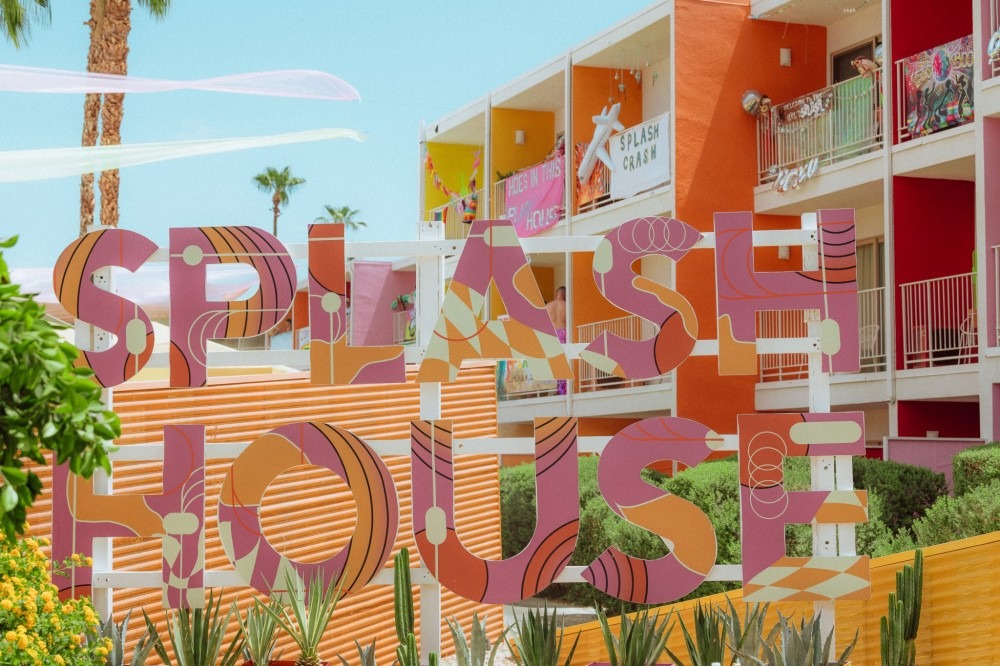 Splash House Impresses Once More, Brings The Heat To The Oasis That Is Palm Springs

2022 has been a fantastic year for festival-goers & weekenders alike. For proof of this, look no further than Southern California’s Splash House. This year, the bi-annual Palm Springs weekender expanded from two curated events to three. In the past, the folks behind Splash House typically held a party in both June and August. This year, they chose to throw one in June, and two in August. This weekend, I attended the first August Splash House. I was pleasantly surprised at how the weekend unfolded. Firstly, if you’re curious about how that went, continue reading. If not, book a ticket now for weekend two, and find out just how crazy it is for yourself, here!

The first weekend of August Splash House took place from the 12’th – 14’th. While I wish I could say I saw every artist on the lineup, this just wasn’t possible. In the leadup to the event, I wrote a reccomendations list, of who to check out. On my list were names such Massane, Torren Foot, and Offaiah, In addition to this, Luke Andy, and even Joshwa also made my list. After attending, I now realize that this list should have been much longer. If you’re familiar with the way Splash House works, I’m sure you know their lineups are always fire hot. If not, just know that they always bring the heat. For an idea of this past weekends lineup, check out the official lineup flyer, above.

The music this past weekend was some of the best around. Despite each stage featuring its own, unique vibe, the quality of the acts playing said stages was unmatched. On one hand you had the house-driven styles of Dombresky & John Summit, and on the other you had such as pop-fueled acts such as PNAU & Surf Mesa b2b Young bae. The latter of which was a suprise, set. While house, and pop were fully represented this weekend, so too were the more progressive stylings that I am personally a fan on.

When I say this, I mean names like Nora En Pure, EDX, & Tinlicker. While I could go on, and on, I won’t. I will say this though, If you ever have the chance to see Offiah, Cassian, or Polo & Pan, do it. You won’t be disappointed.

As great as the core group of music was for this weekends event, the after hours lineups, were just as good. Friday saw Claude Von Stroke bless the Palm Springs Air Museum with a fantastic set, with NALA playing before on support. Saturday saw SG Lewis drop a special three-hour set, the likes of which I hadn’t seen since Coachella. Personally, I was surprised to see how many able-bodied after party goers there were, considering how wild the day festivities were.

In typical Splash House fashion, the fun took place between three of Palm Spring’s most iconic hotels/ venues. These being the Renaissance Hotel, Margaritaville Resort, and Saguaro Palm Springs. In years past, the venues have been plagued with over-crowding, and poor acoustics. This year, I experienced neither of these issues. If this isn’t a testament to the hardwork being put in by the team behind Splash House, i’m not sure what is. For what its worth, the shuttles also ran efficiently, with minimum wait times — an issue i’m grateful they took care of.

As far as the actual pools go, I was actually able to jump in this year. All without feeling like a packed sardine. While the pools at Margaritaville & Saguaro pale in comparison to than that of the Renaissance’s it was neat to see my fellow splashers enjoying the pool in the fashion for which it was intended. This is a just a giant pool party after all, right?

If personal space is somethig you are big on, then have no fear. The nightly After Hours programming has you covered. Of all the venues I enjoyed this past weekend, the Palm Springs Air Museum might have been my favorite one. I say this, as it was the biggest, of the lot, and was all set to the backdrop of the PS vintage airplanes. It helps that the after party took place at night, and was open air as welll.

The vibes at Splash House weekend one, were unreal. From the sunbathing, to the swimming, the music, and the food, it was all a ravers dream. If I had never attended this party before, I would not have believed the madness that took place. I find it amazing that we can all come together to celebrate life and music, while getting our toes wet, and our skin tanned, all to the soundtrack of our favorite music. If Splash House is something that you’ve been wanting to attend, take this as your opportunity to go. I promise that you won’t regret it.

For more information, be sure to check out the official Splash House website, here. In conclusion, tickets to the remaining August weekend can be found, here. Lastly, see you there!