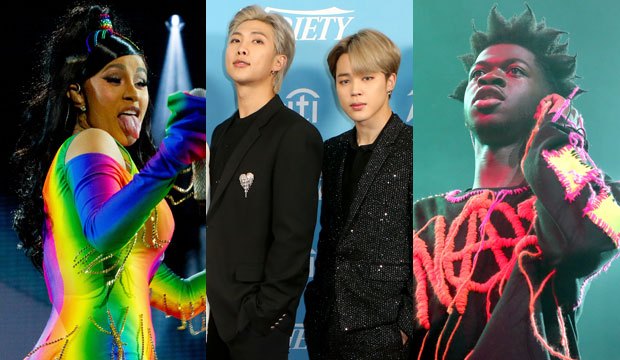 The 2021 MTV Video Music Awards announced its nominees today, with 14 gender-neutral categories. Of course, seven artists will compete for artist of the year. These include Justin Bieber, Megan Thee Stallion, Ariana Grande, Doja Cat, Olivia Rodrigo, and Taylor Swift. There is a multitude of artists from all genres and some even have multiple nominations. The event will take place that the Barclays Center in New York on September 12th, at 8 pm. Catch it on MTV2, Nickelodeon, Paramount Network, Pop, TV Land, VH1, and The CW Network.

Firstly, Billie Eilish, BTS, Doja Cat, Drake, Giveon, and Lil Nas X have five nominations apiece. It’s been quite a year for music, with artists making a comeback and going back on tour. Some have biography films out and some have never stopped making music. The emerging artists we’ve followed are rising to the top. Whether we’ve seen these songs on the latest TikTok trend, or we’ve known them all along, it’ll be nice to go to an award show again.

“The health and safety of artists, fans, staff and partners remain the number one priority, and MTV and Barclays Center are working closely with state and local officials to implement best practices in order to safely bring together music fans from around the globe.”

Check out the rest of the nominees as reported by Billboard here.