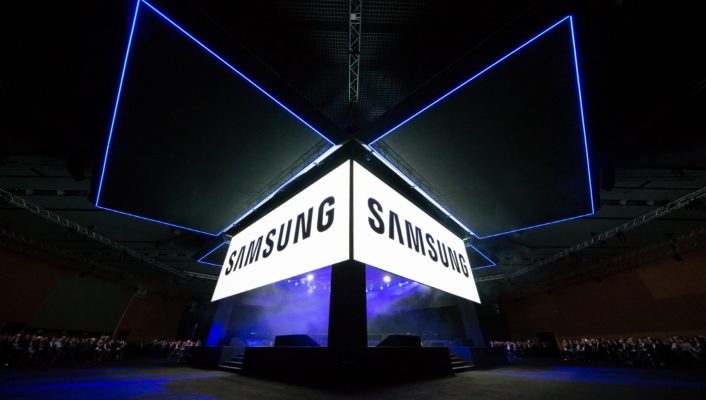 Samsung is scheduled to reveal a new Galaxy S20 lineup on February 10th but once again, leaks have been posted. In the past couple of months, we’ve seen countless renders of the new smartphones with their rumored features, but we now have some confirmation on the upcoming S20+. At first glance, some fans are underwhelmed by the mid-range device but upon further investigation, there are many practical updates to get excited for. Again, the leaked photos come from Max Weinbach from XDA-Developers.

As noted earlier, the S20+ is the mid-range device from the S20 lineup. You may be asking what exactly does the plus stand for? Luckily, one of the photos (Below) posted by Weinbach answers your question. The boot-up screen on the S20+ confirms the device will incorporate 5G connectivity. In addition, the photo showing off the rear of the device shows us 4 cameras. We can assume these to include an ultra-wide lens, telephoto lens, and macro lens.

In terms of display, it’s reported that the screen is a 6.7-inch Infinity-O sAMOLED display. Obviously, we aren’t able to see how well the display performs from the pictures but Samsung rarely disappoints in the display quality. Another practical update we’ve noticed is the removal of the controversial Bixby button. Galaxy users can now sleep comfortably at night knowing the infamous Bixby button is a thing of the past. In addition, it’s noted that all of the buttons have been shifted to the lift side of the phone.

Internal specs of the S20+ are still unknown and will have to wait for the official launch. Again, the lineup will officially be revealed on February 11th during Samsungs Unpacked Event. If you can’t make it to the event in person, head to the live stream page here!