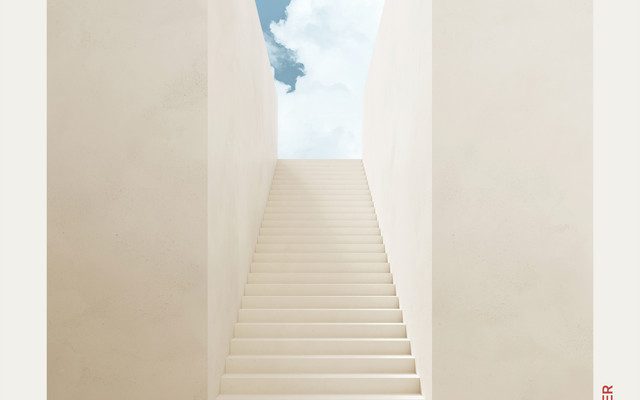 Live performance has been a part of the dance music culture since the early “childhood” stages of the genre. The sounds which inspired the digital sounds which would create a brand new world for us came from instruments. And so, some decided to bring the “real” sound into their performances. Guitars, pianos, batteries, air instruments. They all became part of the EDM musician. Throughout the years, we’ve had our fair share of talented and innovative live acts. Faithless, Daft Punk, Pendulum, Empire of The Sun, and so on.

As time moved on, Producers introduced the use of more and more different instruments. Fusions between digital and analog instruments gave the people of dance music a brand new world to explore. Nowadays, more and more acts use these performances as a way to offer people something new. Out of all of these groups, one has managed to make their name one of the most sought after not only inside dance music but inside the whole realm of music. Ever since RÜFÜS DU SOL released their first tracks, the band became a global hit. It united listeners from multiple ranges inside the music industry.

Last week, Rüfus Du Sol released their fourth studio album. Titled ‘Surrender’, this album is, at least in my opinion, the perfect definition of what ‘alternative dance music’ is. While it’s quite hard to describe the word alternative, RÜFÜS DU SOL has once again, through a masterpiece, taken a picture of the heart and soul of dance and music, and redecorated it with their very unique, own, and alternative touch.

There are a few artists inside the dance music industry whose releases are so scarce and perfect, the whole world just stops and watches every time they release a new glimpse of their genius into the world. RÜFÜS DU SOL’s ‘Surrender’ is one of those masterpieces. Through this review, I’ll try to share my personal review of what will definitely end up being one of, if not the best albums of 2021.

The album’s opening track, which was released previously as a single has the honor of inaugurating this majestic work of art. An angelical chorus, energy and release at the same time, with a leading sound created in order to be felt by the listener as the equivalent of the caress of the finest silk in the world. All of this is part of the first song of Surrender. RÜFÜS DU SOL gives us a peek into the enormity they’re about to release on us as we move on to the second track.

We instantly move into an upflitfting track. The sounds are yet again filled with light. The rhythm of the drums is the spark that sends the listener into a feeling of euphoria and happiness. Slowly, joined by a chorus of children’s voices, a crystal bell rises filled with the most harmonious pads ever heard. Then, once again, we drop into the strength of the drums. An accumulation of energy is released in an explosion of color. Yeah, color found in the sound. That’s how I would describe RÜFÜS DU SOL. There’s just no other way to do it.

Lead by the soft sound of the claves, later to be joined by a huge brass-like synthesized sound are the crown’s jewel on this third song. Something I haven’t mentioned by now but deserves praise is the vocals. Every single melody is joined by a sound of vocals which fulfills its purpose to perfection. The vocals never take over the song but are perfectly mixed into the track to be able to stand out whenever they are needed. The purity of Tyrone Lindqvist’s (the band’s vocalist) celestial voice, along with the chorus provided by Jon George and James Hunt is just the perfect piece in a puzzle built made up by the strangest and most fascinating shapes.

The lyrics, the melody, the atmosphere get heavier as this one is laid. The plea of a lover, a lost soul is transmitted in the story. The moments in the song come and go as the own lyrics describe it. The mood rises and descends fastly, yet with a sense of connection building up to the final release. One of the songs which made the role of a connection or a bridge for me, I have to admit this one isn’t my favorite Surrender track. There’ll be many who like it tho. I’m sure of it.

One other one of the pre-album releases. The intro of the song captivates you instantly. From there on, is just a symphony of perfect elements floating in the space. Above us, perfectly intertwined between them. A slow grove. It is, however, a perfect one. Certainly a song to remember. The feeling of transcendence is nothing but amazing. Surrender contains a reprise of this amazing theme. It is a short, orchrestral revision mixed with a fussion of robotic and geabily distorted vocals, sounds and pads. A bridge, before advancing the next step of the journey

Another track that was released as a single. RÜFÜS DU SOL opens this one with a heavy saw and dark vocals. Inside the song, we are driven into a hard-hitting drum surrounded and powered by distorted saws and backup angelical vocals. After a moment of peace, the breakdown returns once again to close this one. Same as ‘I Don’t Wanna Leave’, this is not one of my favorites, but there’ll be many more who love it.

The final approaches. But before we reach the end, there are still 4 more songs to go. ‘Wildfire’ is the perfect name for this one. The energy spreads fast and in every direction. It covers everything on its way. It devours it. And, after hoarding it all in a massive sphere of emotion and raw power, unexpectedly, it saves it. It doesn’t detonate. And then, the transformation is nothing but breathtaking.

Every song has its own thing. ‘Surrender’, however, is titled after the album. That should give us at least a small clue. The song is the perfect fussion between a relaxing mantra and an ascending song that purifies your mind and allows you to feel as if floating by yourself. ‘Surrender’ is the only song to feature an artist in the album. American soul singer/songwriter Curdis Harding does not disappoint by providing one of the most beautiful sets of vocals I’ve ever heard on a dance music track. The energy of his voice completely takes over you and makes your soul explode in a tornado of ecstacy and blissfulness. Two more tracks to go, and this has already been a hell of a journey.

The penultimate of the album is here. The magical spell has almost come to an end. Before leaving, however, there are still two more masterpieces to listen to. Devotion uses the perfect combination between filters and risers to drop you into a sound that reminded me of their all-time hit ‘Innerbloom’. That exact same feel of climbing a hill to find an amazing view once you’ve reached the top. The feeling of being part of a transcendental moment. RÜFÜS DU SOL begins to slowly drop the curtain, doing it so in the only way they could: dropping one perfect track after the other

This is it. The final song. And it does sure feel like it. The atmosphere created by the beginning of the track transmits it perfectly. Once again the vocals, delivered once again in a perfect way by Tyrone Lindqvist -who’s been nothing but perfect- mash in perfectly with what could very first be either the build-up or the first part of the song’s breakdown. The second breakdown, however, is the place to be at.

I can see myself in front of the stage, lights flying throughout the stage, and the people dancing. Screams, laughter, smiles fill the air around me. Every single mind and soul brought together for one final time. The final act. A journey not to be forgotten soon. Once again, a perfect arpeggio. The vocals. A prayer. Raw emotion. The last buildup. The energy increases. Every single molecule, contained. And then, the sphere breaks. All of it is released. Traveling into every corner of your sentient being. And so, our journey comes to an end. RÜFÜS DU SOL ‘Surrender’ has come to its end.

The journey is over. Surrender is here. What a masterpiece. RÜFÜS DU SOL ‘Surrender’ has fulfilled every single expectation and more. They’ve done a perfect job. There is no other way to put it. This album will forever be remembered inside dance music. Like many of the great ones before, it’s one we’ve been waiting for for ages now. The worth, however, was definitely worth it. There’s nothing else for me to say but thank you, RÜFÜS DU SOL. You’ve coined your name as one of the stepping stones in alternative dance music. Here’s to one of the best albums I’ve heard.