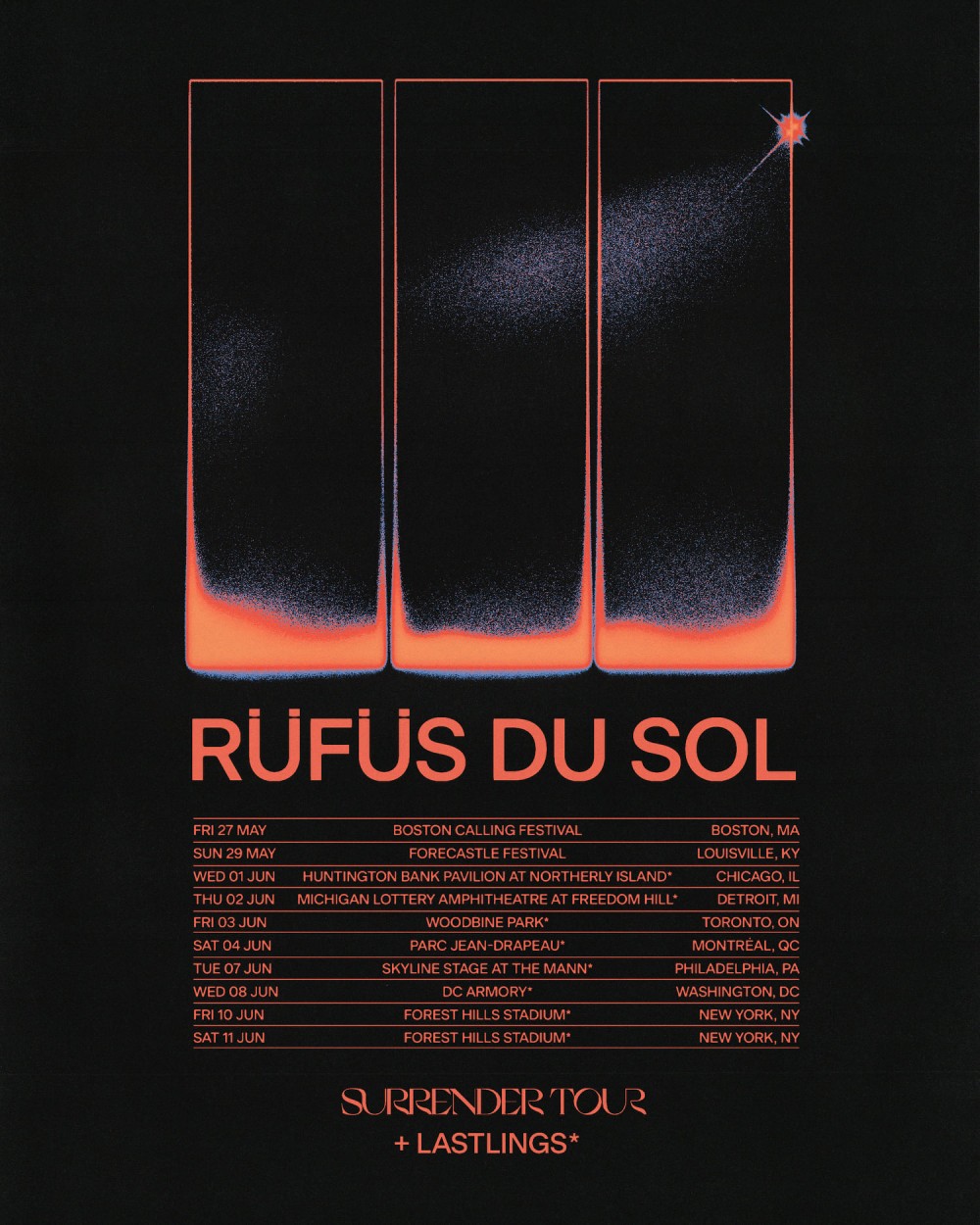 Grammy-nominated trio RÜFÜS DU SOL just announced their summer Surrender Tour dates, made up of 10 stops, kicking off in Boston on May 27th and ending in New York on June 11th.

The trio just closed out their inaugural Sundream Tulum, a destination festival in Tulum spread across two weekends and curated by RÜFÜS DU SOL and Papaya Playa Project. They also recently announced a show at the Gorge Amphitheatre in Washington, which sold out quickly.

RÜFÜS DU SOL released their Surrender album last October, and have been in even higher demand ever since, including performing on Jimmy Kimmel Live and landing yet another Grammy nomination in the category of Best Dance/Electronic Recording for their single ‘Alive.’

Tickets for the Surrender Tour go on sale this Friday, March 25th at 10AM local time. You can register for presale here.