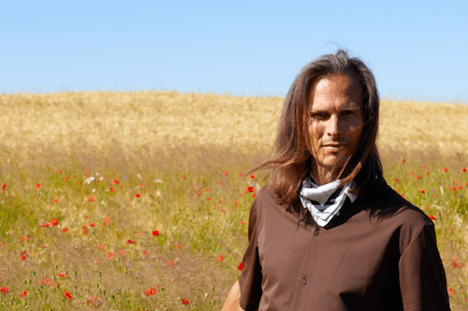 Garden Gaia is the German artist’s first solo album since 2020’s Conference of Trees. We’re told that it adds a new, forward-looking perspective to his work, which began in 2004 with Diamond Daze, his first album.

Like Conference of Trees, which was Weber’s first album on Modern Recordings, Garden Gaia is an “artistic exploration of nature.”

Weber describes the release as “an investigation with the means of music about the earth as a vision of a perfectly functioning garden.” He collaborated with different musicians in different locations on each track.

“My music is about raising consciousness, about describing the reality of life and the lost paradise through the means of music,” Weber adds. “It’s about entering a free space and developing a maximum degree of openness and sensitivity to our bodies, to our mental states and the atmosphere that surrounds us. It’s about mindfulness and a high level of awareness towards what’s happening around and within us.”

Alongside the announcement, Weber has shared “Golden Galactic,” which he recorded “during a really special moment,” he says. “I was awake and this golden shimmer slipped through my fingers and turned into sound. I kept playing and playing on a synthesizer while listening to myself play. Then I listened to this music with Friedrich Paravicini. Afterwards, he composed strings for it: it’s like a musical dialogue.”

Garden Gaia LP is scheduled for August 26 release. Meanwhile, you can stream “Golden Galactic” in full via the visualiser below and pre-order here.