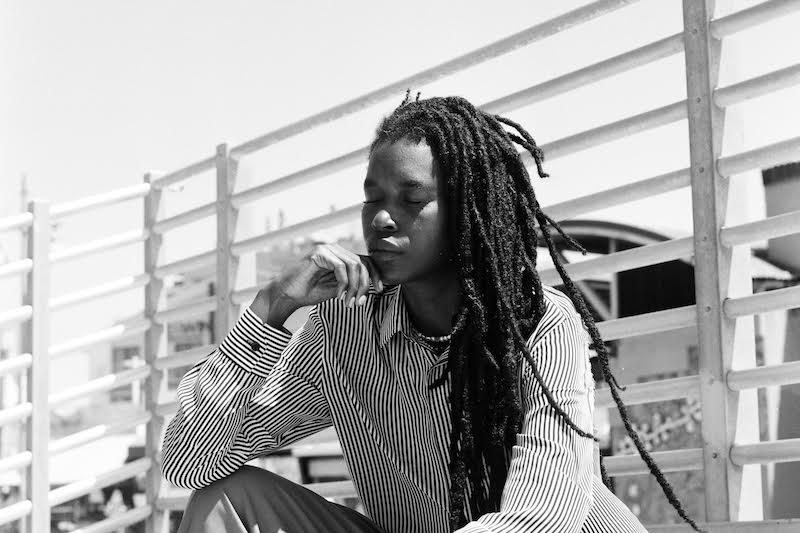 Jazz Codes is Ayewa’s second album for Anti-, and a companion to her 2021 release, Black Encyclopedia of the Air. As its name would suggest, it uses free jazz as a starting point.

The album sprung from a collection of poems of the same name, written in honor of jazz and blues icons Woody Shaw, Amina Claudine Myers, and Mary Lou Williams. During the lockdowns of early 2020, Ayewa connected with Swedish producer Olof Melander to see if he would send over a few jazz loops, with the intention of putting together a CD that would accompany the book’s release.

Well, Melander sent her about 100 tracks. The more Ayewa worked with them, the more the project spilled out from itself. Jazz Codes “took on its own life,” we’re told, “melodies sprouted around Ayewa’s poems.”

In a shift from the noise-inflected sound of her previous albums, Ayewa began writing songs with “R&B sweetness,” we’re also told—songs that asked for singers to accompany her raps and spoken word transmissions. So, she sought out a roster of collaborators.

Working virtually, Ayewa drew in instrumentalists, like flutist Nicole Mitchell and harpist Mary Lattimore, and vocalists, like Melanie Charles and AKAI SOLO. None of Ayewa’s collaborators heard each other’s takes before the songs were completed.

Ayewa spent years organizing and performing in Philadelphia’s underground music community before moving to Los Angeles to teach composition at the University of Southern California’s Thornton School of Music. She released her debut album as Moor Mother, Fetish Bones, in 2016.

Jazz Codes LP is scheduled for July 1. Meanwhile, you can stream “Woody Shaw” feat. Melanie Charles in full below and pre-order here.