Moin Next on AD93 with Second Album 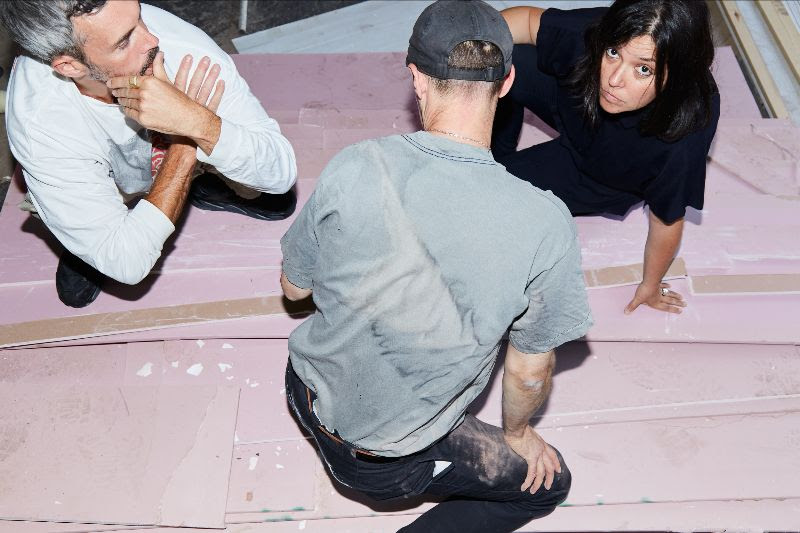 Moin Next on AD93 with Second Album

Andrews and Halstead are best known for their work as Raime, through which they present a uniquely bleak take on post-dub music, with each work grounded in live instrumentation, gloomy synth lines, and unsettling, abstract vocals. The pair met Magaletti, an Italian multi-instrumentalist, just before the project started out, and in 2013 they put out an EP on Blackest Ever Black. But with Andrews and Halstead consumed by Raime, and Magaletti working on myriad projects, they put the project on ice.

That was until the pandemic began. Suffering from writer’s block, Andrews and Halstead opted to take some time away from Raime, and Moin felt like the safe space to go. It was a way to refresh their creative palette. Linking up with Magaletti again, they entered the studio to explore whatever musical whims they had. With eight tracks under their belt, AD93 head Nic Tasker reached out and snapped the album, which they called Moot!, for the label.

Paste, their second album, draws influences from alternative guitar music in its many forms, using electronic manipulations and sampling techniques to redefine it’s context, not settling on any one style but moving through them in search of new connections.

You can read more about Moin in their EDMjunkies podcast here.

Paste LP is scheduled for October 28 release. Meanwhile, you can stream “Melon” and “Yep Yep” in full below, and pre-order here.