It was Jonas Nesse’s dream to become a producer, and during his young life he was incredibly inspired by young phenom Martin Garrix‘ music. Nesse had hoped to collaborate with Garrix one day in his career, but, the sixteen year old aspiring producer passed away unexpectedly on January 1st. According to his parents, one Nesse’s last wishes was for Garrix to atlas hear his music, so following his untimely death, his parents took to social media to try and get Jonas’ latest track to Garrix.

Their post did not go unnoticed and caught the attention producer Owen Norton, who has received support from Garrix. Norton optimistically reached out to Garrix with the intention getting Nesse’s music to him, and received this heartfelt response. 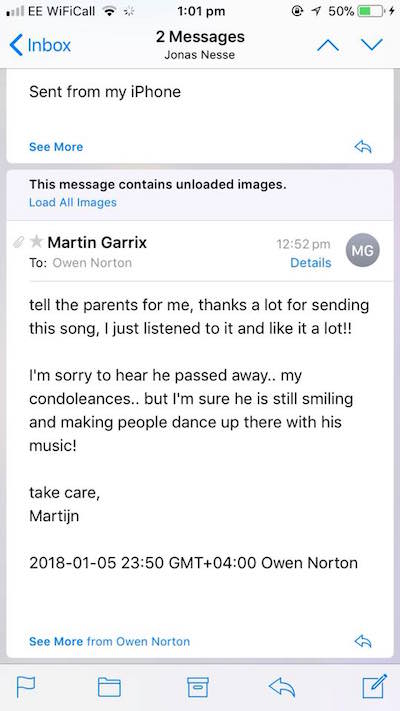 It’s certainly an inspiring story to know that one dance music’s favorite producers granted the wish the late Jonas Nesse, and we feel it’s our duty as well to share Jonas’ last track with you, and send our condolences to Jonas’ family.