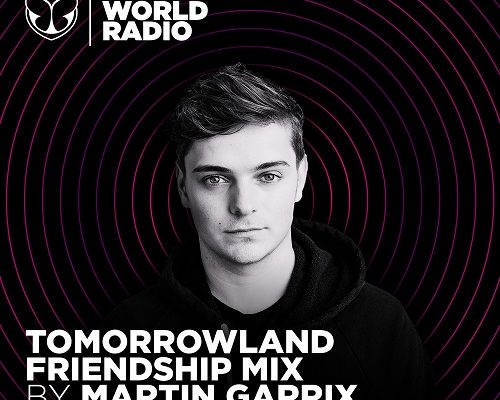 Friday, 10 April 2020 – One World Radio is hosting a very important guest this week – one the most notable and iconic names in electronic dance music today! Martijn Garritsen, better known by his stage name Martin Garrix, is bringing his magical sounds to the People Tomorrow with his take on the weekly Tomorrowland Friendship Mix, including no less than 3 exclusive IDs. The Dutch DJ and producer has risen to global stardom in pop as well as electronic circles, having been a household name and regular headliner at Tomorrowland since 2014. Well-known for his energetic live performances and boundless enthusiasm on stage, the world-class musician is turning his Tomorrowland Friendship Mix into a highly memorable piece madness. His uniquely curated one-hour guest mix features a superb selection his own tracks combined with a handful the freshest releases from artists signed to Garrix’s own label STMPD RCRDS (Brooks, Justin Mylo, Julian Jordan, Matisse & Sadko), including 3 brand new IDs.

The Tomorrowland Friendship Mix by Martin Garrix has debuted exclusively on One World Radio on Thursday April 9 at 20:00 CEST and is now available on multiple platforms: online, on the One World Radio app, YouTube, SoundCloud, Apple Podcasts and Deezer.