LA House Music is Back at the Shrine! 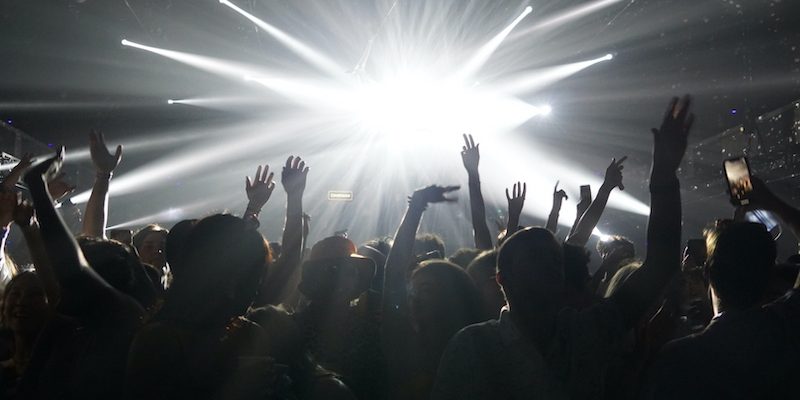 LA House Music is Back at the Shrine!

With over 70% of the Los Angeles population with at first vaccine dose and many areas of the county with above a 90% vaccination rate, daily new cases are finally on the decline in the Golden State. To add to the good news, the Shrine Auditorium and Expo Hall hosted their first indoor event since March of 2020. House DJ Chris Lake headlined with openers Cloonee and Chris Lorenzo.

To celebrate the re-opening, the Shrine sourced the famous Disco Ball Shark from Coachella’s famed Yuma tent. This glowing Great White was the epicenter for all things house, as DJ after DJ served up pulsing music. The energy was palpable, joyous, and PLUR AF.

The Shrine is a storied venue nestled into the University of Southern California’s campus. It has an impressive view of the downtown skyscrapers and the San Gabriel Mountain range. The inside is a grand dance hall with a wrap around balcony and state of the art lighting and sound. Their Fall Line Up Includes Boobmox Cartel, Duke Dumont, and Kaytranada.

Entry to the Shrine was simple: an ID to show you are over 21 to be able to drink, and a picture of your vaccination card to show that you are safe. If you are not vaccinated, you can show proof of negative test in the last 72 hours. However, starting on October 1st, they will only be accepting vaccinated persons. You’ll get a wristband for each, and go through a breezy security line to enter the venue. Masks must be worn at all times. This will be true for all of the Golden Voice Venues across California. See full list of participating venues below: