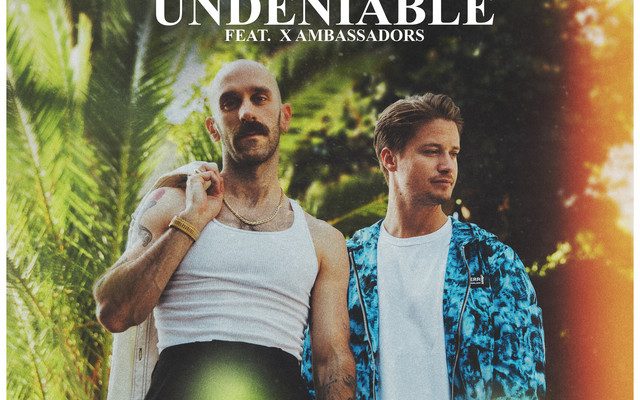 The Tropical House King is back. Kygo has dropped another hit that was played all Summer long. Fans eagerly awaited this one to be released. ‘Undeniable’ is a collaboration with X. Ambassadors. This marks the first time the Norwegian DJ has worked with the band from New York. After you hear this one, you are going to hope they link up again. It is a heartfelt track that will get you thinking about loved ones.

Kygo’s signature sounds are on full display. The song reminds me fondly of ‘Higher Love.’  Lead singer/songwriter Sam Nelson Harris of X. Ambassadors’ has crisp vocals that capture us right away. “Undeniable” rings around the track during the build-up. Of course, Kygo always gets his vocal cops right on target. The drop puts a smile on your face and your hands in the air. Kygo had this to say about the track:

“Sam and I had so much fun writing this one together in LA then performing it last month at Banc of California Stadium…It’s a special song to us and I hope everyone likes “Undeniable” as much as we do.”

Kygo has been making big moves in 2021. He has had numerous releases including ‘Love Me Now’ and ‘Gone Are The Days.’ He also started his own music festival – Palm Tree Music Festival. I had the honor of attending it and it was a blast. It was such a success that he announced a Cabo edition.

Make sure to check out ‘Undeniable’ below!