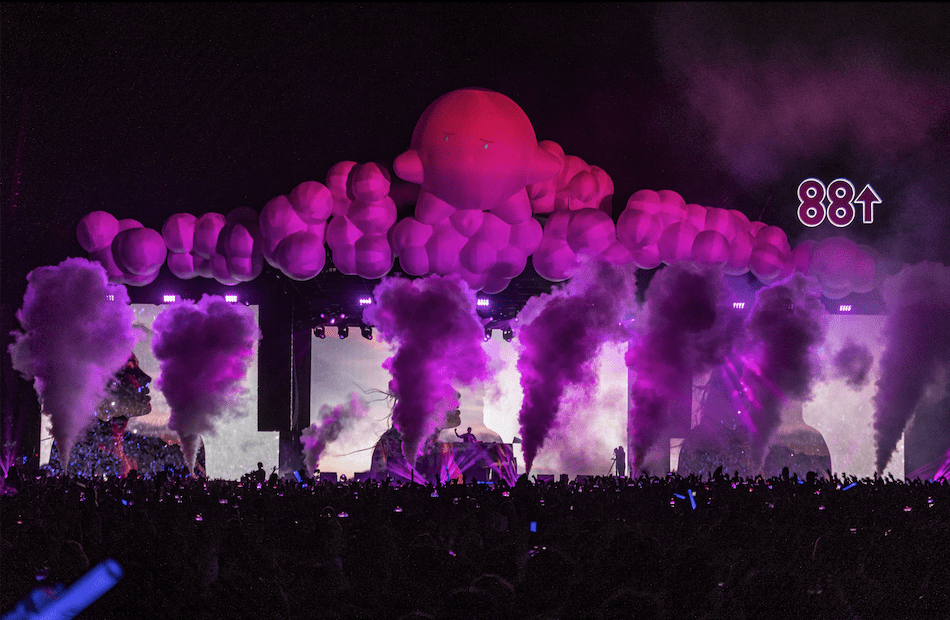 Head in the Clouds festival is making it’s return this coming weekend to Pasadena, California to highlight some of the most talents Asian artists in the world. With headliners including Jackson Wang, Rich Brian, and even a DJ set from Joji, this year’s festival is forming out to be one for the books. The festival has just announced the set times for this weekend’s festival along with an exciting new dance music stage called “Club Year of Dance Tent“.

Warming up the festival on Day 1 will be renowned DJ, DJ Triple XL. Sadboi music master, Dabin will be kicking off his set at 5:10PM on the 88rising Mainstage. True OG veteran, Jay Park will also be making a special appearance at 7:35PM for a 40 minute performance on the 88rising Mainstage. Following Jay Park, Joji will be making this Yebi Labs DJ set performance at 8:45PM before NIKI closes out Day at 10:05PM. The newest addition to this year’s festival is the Club Year of Dance Tent stage that will feature performances from B, Hu Dat, Camgirl, and even a Surprise Guest from 8:45-10PM on night 1.

Day 2 of Head in the Clouds festival will have DJ C01 starting things off at 2PM as doors open on the Double Happiness stage. Japanese-Australian sibling DJ duo, Lastlings, will be making their Head in the Clouds festival debut at 5:35PM on the Double Happiness stage. Rich Brian will see the 88rising Mainstage at 7PM with Jackson Wang presenting his Magic Man Experience at 8:20PM. Like in years past, Head in the Clouds is set to close out their festival with a grand finale performance at 9:30PM on the mainstage. Club Year of Dance Tent stage will see performances by JackJack, Venessa Michaels and a Surprise Guest at 7PM of Night 2.

We are just days away from another magical experience provided to us by 88rising’s Head in the Cloud festival. Club Year of Dance Tent should be a must see attraction at the festival this year especially with the “Surprise Guest” performances. You never know who might pull up to throw down an epic DJ set. Tickets for the festival are still on sale so if you haven’t already, make sure to grab your tickets here now before it is all gone.