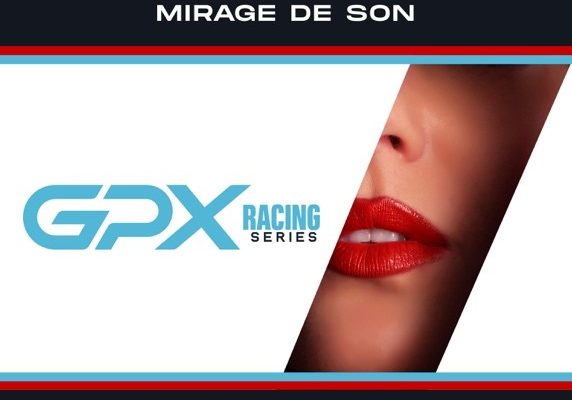 Mirage de Son is a cultural innovator and one of the original Techno pioneers. To celebrate Mirage de Son release with Tiffany Sharee, we had a very interesting chat with the artist.

1.Please tell our readers who you are and what you do? Introduce yourself to those who do not know you yet.

I was born in Lyon, France in the late 70s. After university, I decided to take an international career path. I learned several languages and worked/lived in different places, up to now, that I live in Germany.

I like to travel, enjoy time with friends, party, art and wine ;). I have been interested in science and technology since I was a kid. I have always loved music. As a kid I recorded my own cassettes, waiting for my favourite sounds to come on the radio and press record on my cassette player.

At 12, after a party for teenagers, I created my first track with Protracker on my personal computer. In the early 90s I spent my weekends at Rave parties, forging a sound that became what is now recognised as the very first Techno scene.

2. What or who were your early passions and influences?

I have always listened to many genres. When I was a kid, I listened to Jean-Michel Jarre, Vivaldi, Peter Gabriel, Eruption, Alphaville, OMD, The Alan Parsons Project, Tangerine Dream. I also loved the “Smurf music”and some hip-hop and many other genres. But the real shock came when, late at night on the radio, I listened to none-stop music from Kraftwerk.

Then of course came the computer music of videogames, demos, intros and cracktros. While making my first tracks, I did not use vocals, I focused on the bass, the rhythm and some effects and samples. Listening to the first techno tracks in the late 80s, I realized I was not alone. In terms of sounds, I must say that the TB303 was very inspiring.

3. We heard you have a new release out. What was the inspiration behind it? How is it like working with GPX Racing?

On July 30th the new release went live for the occasion of the 24-hour race of SPA where GPX Racing was competing. This is not the first time we collaborate together, earlier this year we partnered for a 5-track album. Working with GPX team is a pleasure, we all share the same passions.

The inspiration of “Victory Is Mine” is this passion for competing for the victory and willing to get that victory. Thanks to SoundBetter, my path crossed with Tiffany Sharee’s and she brought a second wave of inspiration adding her own touch and great catchy lyrics and vocal.

4. What do you usually start with when creating a track?

Great question! Most of the time I already have an idea in my head and I create to make it true. Other times I like to play around with instruments and see where it leads me. As I am inspired by different instruments and artists, I also create different “series” of music from Acid Techno to the 70’s and 80’s.

5. What is your favourite production tool/plugin/feature at the moment?

I love Ableton Live and working on samples directly in the DAW.

The Roland Cloud is a classic and is familiar to me, as I used to own Roland Synths. Now I only use virtual instruments. I think Sylenth is great, but I recently love spending time with wavetable synths such as Ableton Wavetable and also Xfer Serum.

6. Do you have any other releases coming out this year?

Yes, as mentioned above I like creating different “series” of music. Albums or EP’s are digital formats based on the length of Vinyl’s and CD’s. However today, most of the music is listened to via streaming platforms, hence it was time to think outside of the discs.

This is why I have decided to regularly release singles, like episodes of a TV series, within different electronic sub-genres that will be grouped in “Series” such as 70/80’s, Deep Dark, ACID 303, also continuing the partnership with GPX Racing and more to come, so stay tuned.