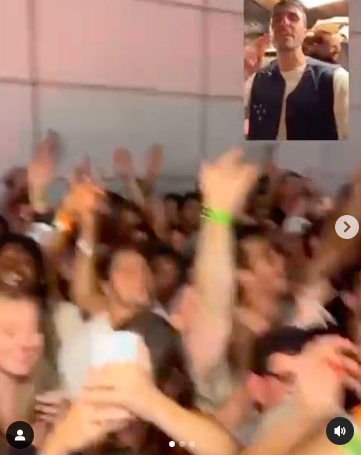 Fred Again… played a show recently at Terminal Five in New York City. It turned out that his recent friend Four Tet was in the area as well. So the two of them took over a food truck, which was located near the venue to put on a surprise set for their fans.

The food truck, which was set up for the sale of waffles was also secretly outfitted with big speakers. The two played several songs including Fred Again’s newest hit ‘Jungle’. And in a showing of sensible fun, the two played ‘Party in the USA’ by Miley Cyrus. It is nice when artists can rise above the hipsterdom and coolness of their own genres and play a mainstream tune which everyone loves. It shows grounded modesty, and a desire to connect with all individuals.

Some clips from the pop-up moment can be found on Fred Again’s instagram here.