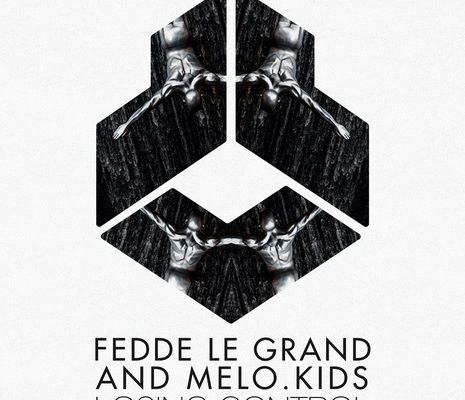 Following on from their earlier hit ‘In Love With You’, Fedde Le Grand and Melo.Kids reunite for the second time this year to deliver another energetic hit with ‘ Losing Control ’. The adored pairing will be blessing the airwaves once again with this slice of summer heaven, available now via Darklight Recordings.

Summer is coming and with some new tracks that invite us to enjoy it. Among these, we find a new one by house legend Fedde Le Grand. His timeless hit ‘Put Your Hands Up For Detroit’ celebrates its 15-year anniversary this year and continues to be one of the most iconic dance music anthems to this day. Despite the drastic changes to the dance music scene during these times and the mass influx of new talent. The Dutch legend continues to find new relevancy in a fast-changing landscape. His discography now only grows to hold more future classics.

And for example, we have this single that has as a collaborator the also legend Melo.Kids.The anonymous Polish duo return to the release radar following ‘In Love With You’, their earlier collaboration with Fedde Le Grand, which has been streamed by over 1 million dedicated listeners. The accompanying music video served as a celebration of their devoted fans. They thanked them for their support during what has been the most difficult year for the industry.

‘Losing Control’ may seem like a track about giving in to our instincts and doing what our unconscious dictates, but it’s more innocent. The track to the rhythm of the most contagious house motivates us to dance with confidence on the floor. All this while we give up our control over the movements made by our own bodies. Under a perfect mix of both musical styles.

Fusing together their galvanized, larger-than-life sound, the familiar pair have produced a dance-worthy hit encompassing their contagious feel-good energy. Opening with a slow mellow build amidst a pulsating beat. The infectious sound will send shivers down your spine in anticipation of the hair-raising drop. They lace the captivating track with catchy, futuristic vocals that will have listeners singing along throughout its three-minute run time.

So let’s move those legs that had numb due to the pandemic and let’s go to a dancefloor. All this with the appropriate measures, of course. You can listen to Fedde Le Grand & Melo.Kids -‘Losing Control’ below!