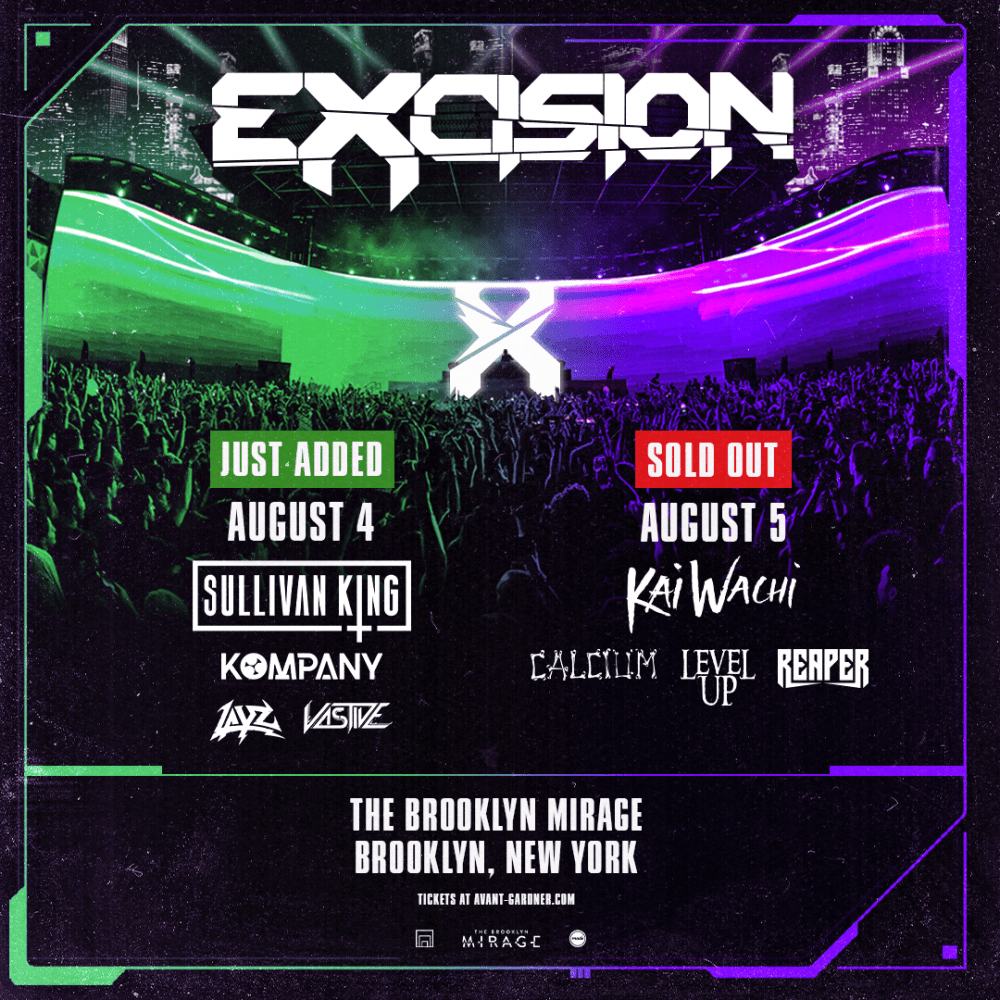 Brooklyn is not ready for this one (or two)! 2 B2B insane headbanging and heavy dubstep Excision shows will be making their way to the Brooklyn Mirage this week! Well known for his insane visuals and his incredible Lost Lands festival, Excision has really become household name in the past few years. He has released many heavy hitting dubstep tracks and even a few heartstring thugging collaborations with ILLENIUM.

This week, Excision is bringing his iconic performance to the Brooklyn Mirage starting on Thursday August 4th followed with a second show on Friday August 5th. Both shows will feature different opening acts to complete the experience. On Thursday, Excision will be joined by Sullivan King and Kompany. The second Brooklyn Mirage show will feature Kai Wachi, Calcium and Level Up for a full dubstep experience.

Tickets for Excision’s second show is already sold out but a waiting list is now available. The Thursday show still has a few remaining tickets to make sure to get your tickets here now before those are gone too.