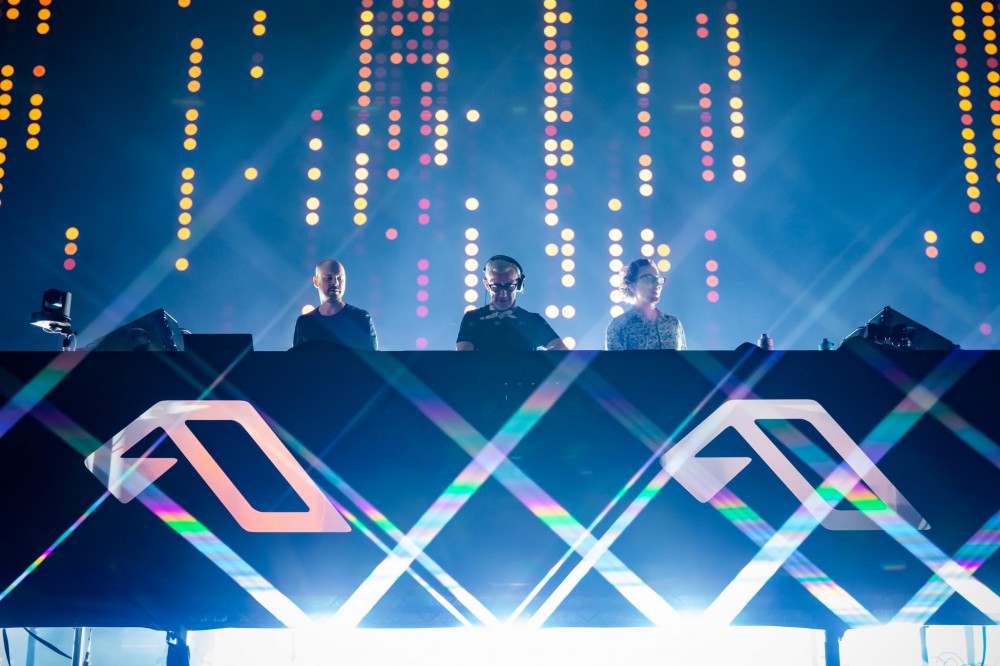 Group Therapy is the weekly radio show from Above & Beyond also known as ABGT. Every 50 shows, the legendary trance trio picks a different country and hosts a live milestone show. There have been hundreds of shows and this year’s 500 milestone was in the city of angels, Los Angeles, California. The group played a sold out Banc of California Stadium on Saturday October 15th to over 20,000 people and streamed worldwide. Support included Olan, Alpha 9 (who announced his new album coming January 13th, 2023 during his set), Mat Zo, Andrew Bayer and Grum.

Banc of California Stadium is a usually soccer stadium in the Exposition Park neighborhood of Los Angeles, California. It is the home of Major League Soccer’s Los Angeles FC and the National Women’s Soccer League’s Angel City FC. For ABGT500 the field was converted to the pit and the turf was subsequently covered with metal floor panels and decorated with florescent tent like structures that are evoke the imagery of the Group Therapy Album cover art.

Along the back of the pit were merch stands and bars where attendees in the pit were able to purchase what they needed — although the lines here were obnoxiously long and there were reports of some people waiting upwards of three hours to reach the mercy stand. The bar lines were quicker, but most people found it easier to go into the the concessions stands and bars under the bleacher seating. It was far quicker that route, and it was where the bathrooms were located anyway.

Despite the congestion. the venue did an amazing job at herding and directing people so that there was always am efficient flow of people and very few bottle necks from entry all the way through the exit at the end of the night. Stadium seating was comfortable and the pit was never too crowded. The crowd was always pleasant and like almost all Anjuna shows, extremely nice and polite.

All of the artists on the lineup took advantage of the large screens, bright lighting set up, and lasers. Each set built up the next and the love for both the fans and each other could be felt from the stage. There was a warm up set that Above & Beyond did in Venice that was live-streamed and later posted to Youtube and other streaming platforms since the doors of the venue were not yet open. Between each set, Paavo, Tony and Jono took turns coming onstage and introducing the artists on their label. It was quiet a touching and heartfelt moment. The energy was nothing like I had seen before from a show of this scale. It was all extremely focused and positive, where as in some settings at festivals or large stadium event, it can be chaotic and stressful.

There was a noted change in direction of Above & Beyond’s live set and sound in this milestone show, a new clubbier and deeper” anjuna tech” sound which has been rather polarizing of late amongst Anjuna fans. The set also features new vocal ID’s from their long time collaborators Richard Bedford (Sun & Moon/Thing Called Love vocalist), and Zoe Johnston (We’re All We Need vocalist). They also debuted a new Jason Ross track “A Place They Call Home.” Overall there was 16 ID’s which is a massive tally and worth noting.