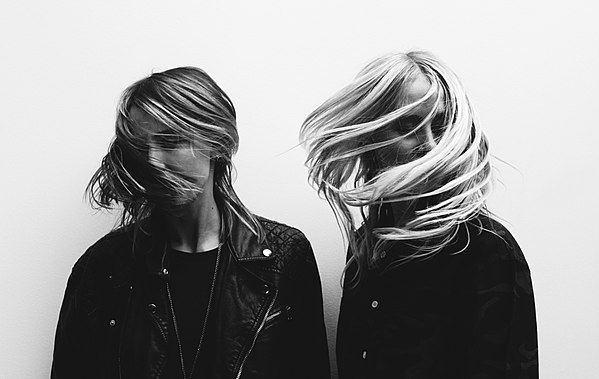 The powerful English Duo Eli & Fur turn heads with their new album ‘Found in the Wild’. If you’re a loyal fan, don’t worry, Eli & Fur worked hard on this one and it shows. With 12 house tracks and the majority of them including no outside features, ‘Found in the Wild‘ is 50 minutes of pure Eli & Fur euphoria.

Eliza Noble and Jennifer Skillman, the artists behind Eli and Fur make their two different identities very clear on ‘Found in the Wild’. ‘Found‘ is more song and lyrically based while ‘in the Wild‘ is more geared toward clubs. Here is what they say:

“The inspiration behind the album is the journey of finding that sound that we really feel defines us.” “We have drawn from that journey to get to where we are both musically and emotionally to put together a collection of tracks that really showcase the two sides of Eli & Fur. Not only does our music have two sides, but so do we. We want to bring the listener into those worlds, feelings they also feel. Not just on the dance floor but in their heads and in total solitude.”

“We spent a lot of our career trying to work out who we are and what our sound is, being told we can’t make club tracks which have the type of vocals we love. What’s great is that every single track on the album sounds like us, it’s all Eli & Fur but it’s two different sides of it,” say the duo about making the two part album. “We want people to hear more structured songs and we also want to show the type of darker, clubbier music we love – there’s no reason why we can’t do both.”

Found In The Wild Tracklist

What we expect of ‘Found in the Wild’

The Album has already seen plenty of streams since its release. This powerful release comes to us via the greatly esteemed Anjunadeep record label. Judging from the success of their first album single release ‘Wild Skies’, It will not be long before the album itself is consuming clubs across the world. Eli & Fur already scheduled shows for July. Check them out here.

Stream ‘Found in the Wild’ below!