EDC Has Released The Info On Their New Shuttles EDC Has Released The Info On Their New Shuttles

EDC Las Vegas has finally announced details on their long awaited new shuttle service. They have switched to outsourcing the service to a different company this year in a big change from years past and hope this will allete some issues from the past.

If you have used Insomniacs shuttle service for EDC in the last few years, you know where the complaints are sourcing from. Insanely long wait times and lines, shuttles with no A/C, shuttles that breakdown, shuttles that get lost on the way. The list goes on. But no festival will ever be able to transport thousands upon thousands people to a venue without logistical issues, so some that had to be expected. Nevertheless EDC grew to a size where Insomniac had to get help for this and they have now brought in that help.

Even though they won’t name the company they have decided to use they assure us it is a world class business that specializes in this kind work. They will fer standard shuttles and premier shuttles similar to years before, but one difference this year is it looks like there will less shuttle stops available. Hopefully that is due to having more shuttles at each stop. It also looks like the shuttles will leave once every hour, which is less ten than before. Remember now that Insomniac will have camping at the venue location everyone is betting on significantly less traffic on the road to EDC. Standard shuttle tickets start at $90 and the premier shuttle ticket starts at $199, fering a few more perks. Check out their post below and click the link for more info. 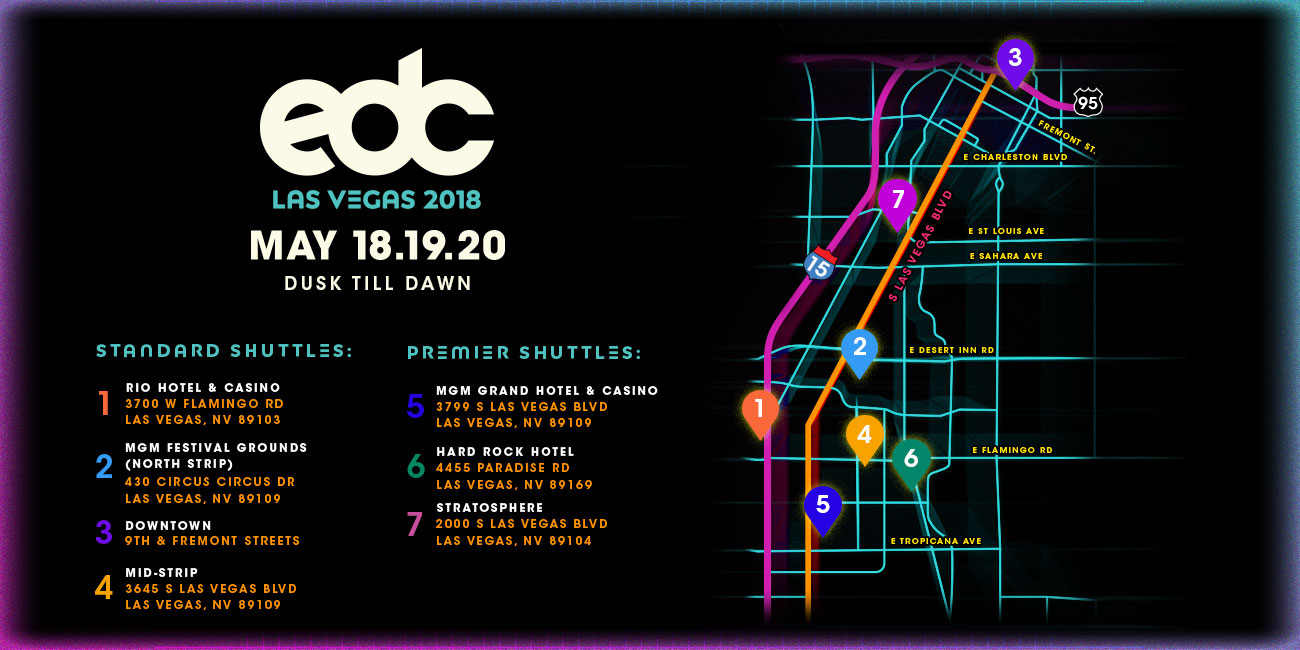