DIMITRI VEGAS, LIKE MIKE AND QUINTINO DROP ANOTHER PARTY BANGER IN ‘THE CHASE’! 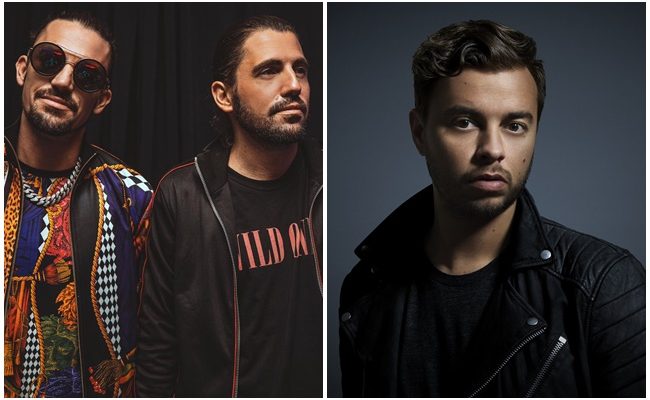 DIMITRI VEGAS, LIKE MIKE AND QUINTINO DROP ANOTHER PARTY BANGER IN ‘THE CHASE’!

Dimitri Vegas & Like Mike along with Quintino bring the rave on their latest collaboration effort ‘The Chase. Throwing down a colossal track that will trigger all-out euphoria on the dancefloor, this latest release has been crafted and charged with enough musical dynamite to send shockwaves reverberating throughout the party world!

With previous experience working together on collaborations, it is clear that Dimitri Vegas & Like Mike’s contributions combine seamlessly, working to get the best out both artists with a certified anthem that is set to be heard across the globe in the coming months. The instantly catchy melody is present from the start, evolving into a fully formed lead before the countdown to the drop begins. A vox stab, taken from the vocal, repeats alongside a pounding kick drum. The track slows to a canter in the main breakdown, gradually speeding up towards the epic second drop, joined by a new, revving bassline and synth pluck that cranks the intensity to 100, displaying both artists considerable experience in the studio and ability to craft stadium bangers that are guaranteed to get the party started.