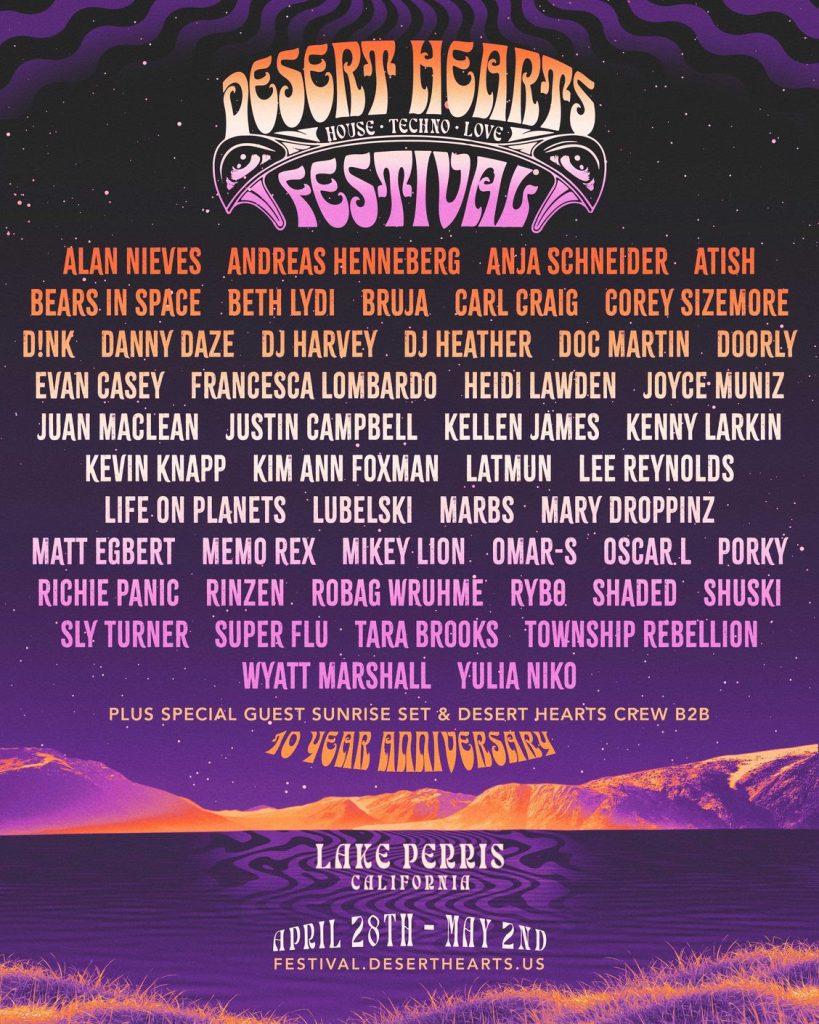 It’s been ten incredible years of house, techno, and love with the Desert Hearts crew. They’re throwing a proper celebration at a new venue in 2022, and they’re bringing quite the heavy-hitting lineup. Taking place from April 28-May 2 at Lake Perris, California, it’ll undoubtedly be a killer weekend of nonstop house and techno.

Year after year, I find myself returning to the Desert Hearts dancefloor with so much love for every element that goes into this event – the grooves and the love for that bassline, the costumes and level of open self-expression, the feeling of community unlike any other. I look forward to this year’s evolution at its new home. Grab a ticket and we’ll see you there!