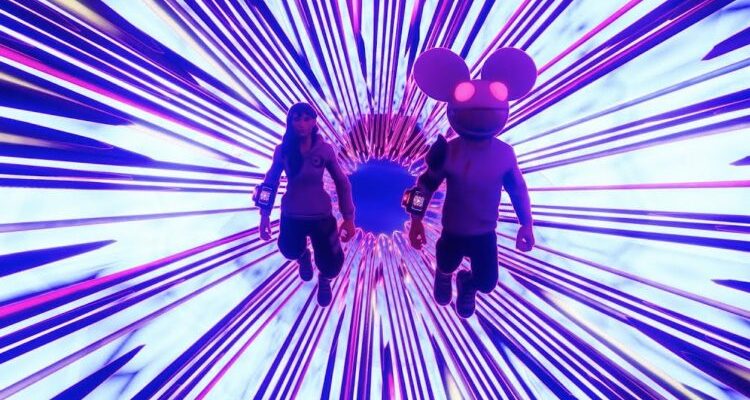 Deadmau5 and Lights‘ track ‘When The Summer Dies‘ finally has their official music video out. It features environments created and filmed in Core, the online space to play games, hang out, and explore worlds. When their song first released, they put a hit on everyone to enter the Core contest and create an environment for their music video. Viola! This is what they give you.

Firstly, the video features robot hands, robot heads, rundown cities, lights, visualizers, and a cyberpunk video game atmosphere. Paired perfectly with the song, the featured creators below did a great job rendering these environments to come together. Secondly, it’s an amazing collaborative creation that is unique to the industry and I love it. One minute you’re jumping through a portal in space and the next you’re in a Call of Duty map not knowing where to go. Next thing you know, you’re dancing with mau5 heads, teleporting, jumping, floating through space, or watching Joel DJ. It is a trip and everyone is getting a kick out of it, so check it out below.

Now, you can explore these worlds in Core when he launches Oberhasli. That is his new virtual world and music experience where fans can interact with others, listen to music, play games, and indulge. Deadmau5 is concocting more content as we speak, so it will be exciting to see it unfold. Mark your calendars for Oberhasli’s debut on October 14th. In addition, stay tuned for his exclusive concerts on October 15, 16, and 17.