Around 4 PM this evening, Datsik’s career blew up in his face. He tweeted ‘posts coming soon’ knowing he was about to be put on blast…

We just didn’t expect it to be this. 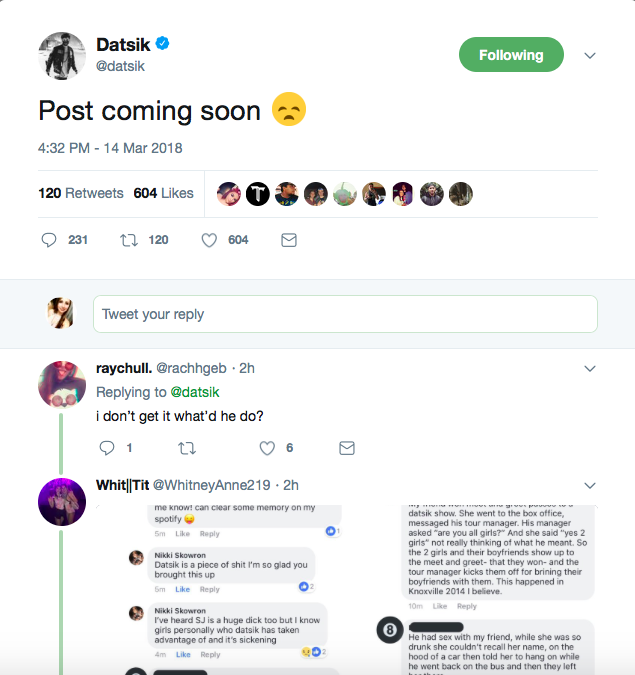 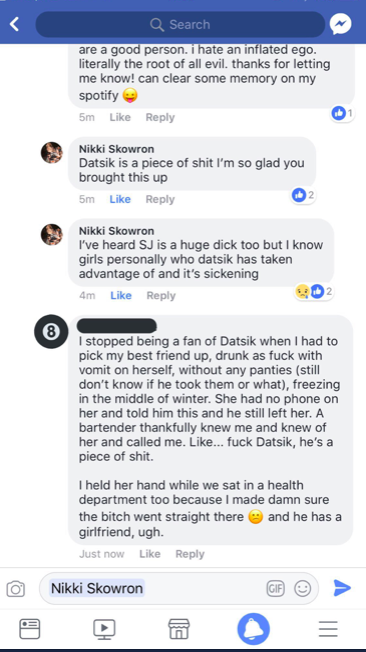 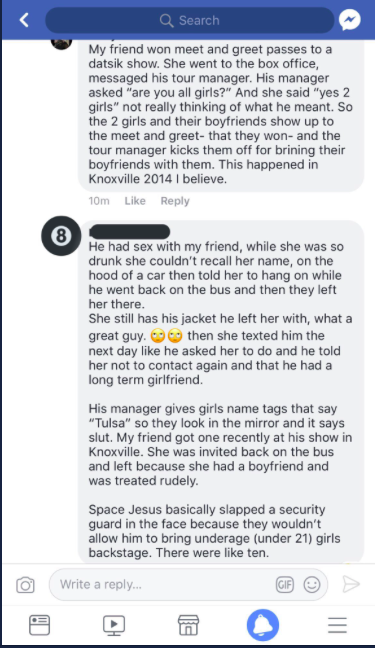 These ‘rumors’ are put to rest when several people come forward about these horrific memories they shared on what was supposed to be a fun night. Datsik is being accused sexual assault and sexual harassment. In a Facebook post, Space Jesus was also bashed, claiming that he “slapped a security guard in the face because they wouldn’t allow him to bring underage (under 21) girls backstage..” Under 21, seriously? 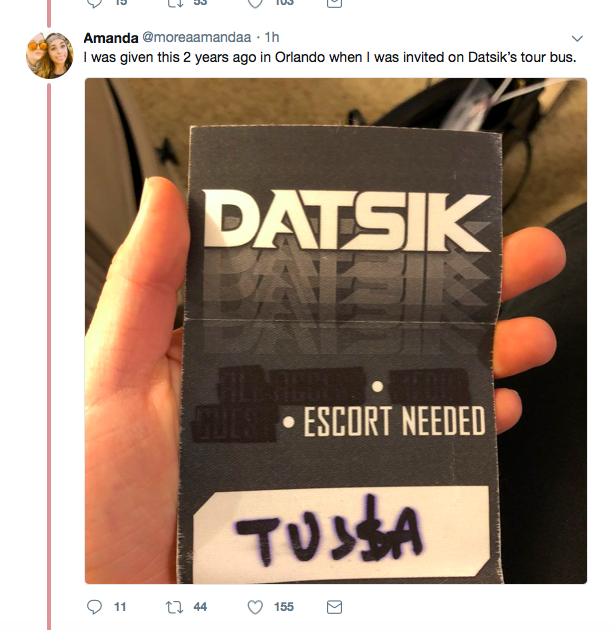 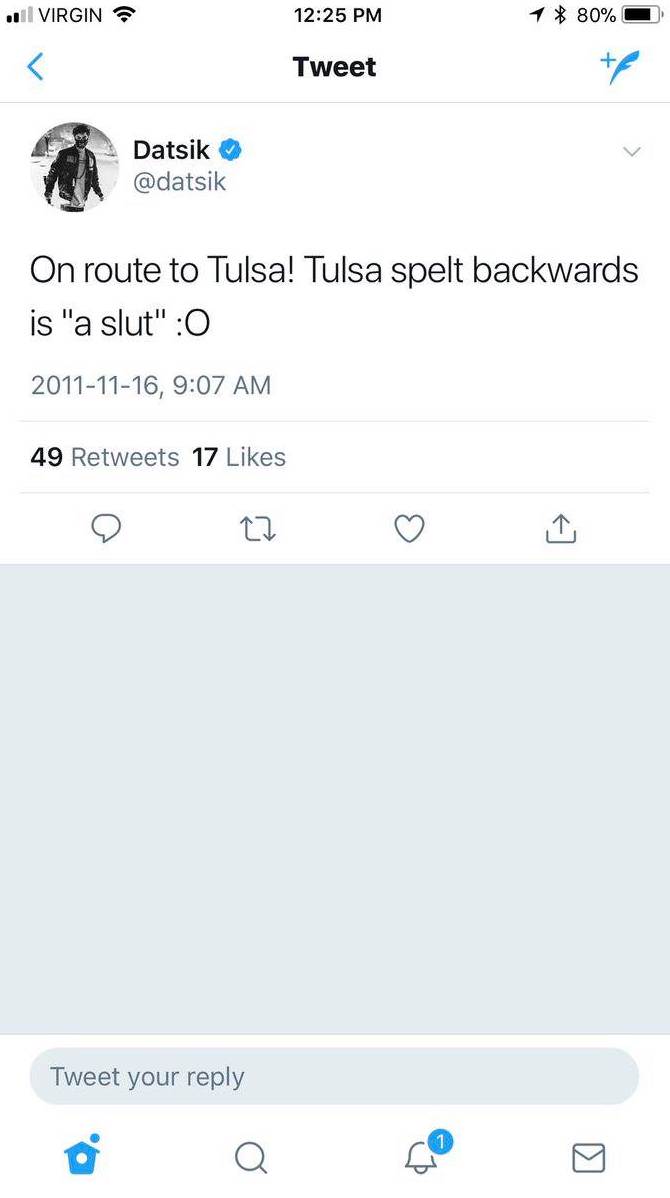 Without a doubt, we find this absolutely disgusting; sexual assault and harassment should not be taken lightly. We stand with these victims!