Burning Man Postponing Is A Sigh of Relief For Paiute Tribe 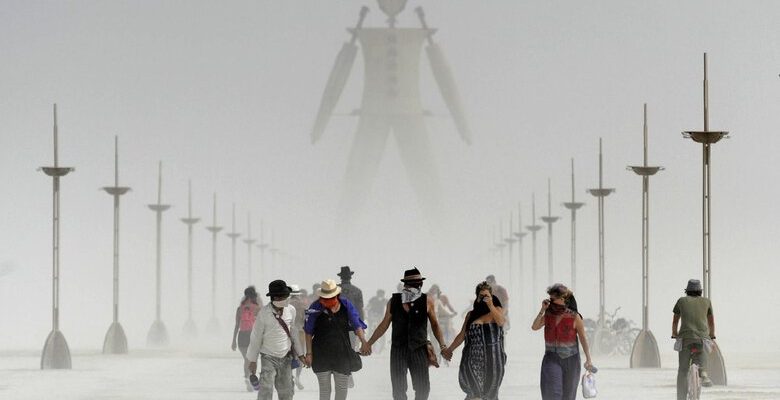 Burning Man Postponing Is A Sigh of Relief For Paiute Tribe

We know Burning Man has moved to 2022, with recent news showing that it’s not just for logistics. A tribe in Utah actually called it a “sigh of relief” that the event postponed. Last week, we reviewed that CEO Marian Goodell decided to focus their efforts on Black Rock City 2022. Burning Man is “too important to do half-assed” so they’re holding a virtual Burn Night on Saturday, September 4th.

This is the second year in a row that the event canceled due to the pandemic. Honestly, we can appreciate their honesty and diligence in trying to keep up with the ethos of their brand. Their sense of community radiates amongst all the Burners — old and new — and we know they’ll do a great job next year. Even though organizers felt confident in their ability to obtain a permit and safeguard public health, they listened to their community’s hesitancy in returning. Holding a 2021 event would put “strain on the community while still ironing out the uncertainty”.

A Sigh of Relief

Washoe County’s district health officer Kevin Dick comments them for lowering the risk of spreading infection. Fans among social media also applaud their decision. The head of a local Paiute tribe also feels less burdened knowing there won’t be pilgrimage through their tribal lands to the playa. Burning Man typically reigns in $63 million to the state and boosts the tribal community’s economy. However, the logistics of vaccinations would challenge their principles and ultimately, the decision to cancel was finalized. Some members have stated that the Burn’s increased popularity attracts “bad actors” that don’t uphold the “leave no trace” philosophy. Perhaps, this is their cultural reset.

“For us, it is a sigh of relief…We’ve been trying to keep our reservation safe and that happening was too soon for us to open. We don’t know who’s vaccinated and who’s not.”

Rogue burners may still try to hold their own gatherings. But, the general consensus is to hold off until the real experience can happen again.