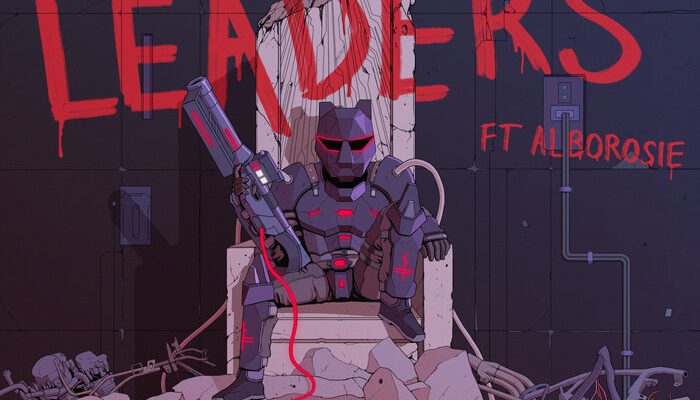 The iconic helmeted trio of Black Tiger Sex Machine are back with a brand new track and this time it’s a collaboration with Italian-Jamaican reggae artist, Alborosie. Their track is called ‘Leaders’ and it’s out now on Kannibalen Records.

Earlier this year, Black Tiger Sex Machine released a very hard hitting banger called ‘Lifeline’ with Kayzo and Point North. Now to follow up on that massive release, the trio out of Canada are switching things up and have partnered with Alborosie to drop a very different kind of track. Their song ‘Leaders’ features Alborosie on the vocals to give it a Jamaican reggae twist all while incorporating the same signature hard hitting BTSM sound.

Black Tiger Sex Machine will be performing a show like no other on October 17th at the legendary Red Rocks Amphitheatre in Denver, Colorado. They’ll be bringing back their Futuristic Thriller Tour production as well as implementing the biggest LED wall they’ve ever built to be apart of their insane performance. This is one show you do not want to miss. Click here to get your tickets to upcoming show at Red Rocks.