Beastars and the Fight Against Behavioral Absolutism 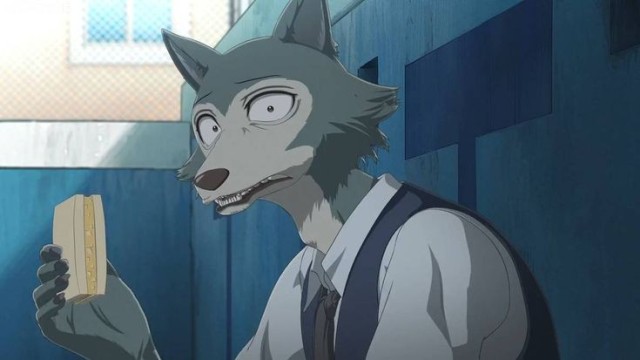 Beastars and the Fight Against Behavioral Absolutism

Exploring the tension of anthropomorphic animal society from the perspective of high school students, Itagaki Paru’s Beastars can at times feel like it’s encouraging a very dangerous view of the world. In a world where carnivores and herbivores co-exist peacefully and eating your fellow animal is illegal, the constant pressure faced by the timid wolf protagonist, Legoshi, for not embracing his violent, meat-eating ancestral nature seems to bleed into sexist alpha/beta nonsense territory. Yet, by the end of a first anime season filled with tumultuous and shocking developments, the message I took away was something far different and more nuanced than a simple animalistic nature vs. civilization dichotomy.

Legoshi is portrayed as shunning the spotlight. Although he’s in the drama club, Legoshi works as a meek behind-the-scenes stagehand, leaving the attention to others such as the club’s star actor, Louis the red deer. But what Louis notices is that Legoshi is clearly stronger and potentially more intimidating than he lets on. As a gray wolf, he possesses might that no herbivore can hope to match, and it incenses Louis that Legoshi can be such a pushover. When Louis gets hurt and a shuffling of roles causes Legoshi to appear in a play, a tiger clubmate named Bill tries to bring out Legoshi’s dormant ferocity.

However, Legoshi is afraid of his own carnivorous side. Not only was his good friend, Tem the alpaca, eaten by a carnivore, but Legoshi himself comes dangerously close to succumbing to his lupine instincts and devouring a female dwarf bunny named Haru—a girl he later develops strong feelings for. Legoshi does not want to be that kind of animal, which is why he looks up to Louis, who accomplishes things through grace and diplomacy. Even so, there’s no denying that Legoshi would be incredibly powerful if only he let himself be.

Part of what holds Legoshi back is a society that discourages carnivores from exerting dominance through force. Meals for them are made with high protein content, e.g. eggs, as a way to sate hunger, but the appeal of real flesh can be overwhelmingly difficult to endure. Throughout the series, Legoshi struggles to fight that desire for meat, which then blends in odd ways with his love/lust for Haru, further complicating things in his heart.

Towards the end of the series, Haru gets kidnapped by an organized crime group—a cadre of lions called the Shishigumi—with the intent to eat her. Having discovered previously that Louis is seeing Haru (though what Legoshi doesn’t know is that Haru is extremely promiscuous as a way for her to have some control over her life), Legoshi tries to bring Louis along. However, Louis declines, having already learned about the kidnapping and being told that he must stay quiet if he is to accomplish his goal of rising to the top of society and being able to effect widespread change. Legoshi storms the Shishigumi base without the red deer, and by fully tapping into his violent side, is able to rescue Haru.

At first, the lesson seems to be that Legoshi finally set aside his false persona of timidity for what was truly inside, but what happens afterwards communicates what I found to be the most important takeaway from Beastars: when it comes to instinct vs. reason, there is no universal answer.

Having saved Haru, Legoshi and her end up at a love hotel prepared to take their relationship to a physical level. Legoshi confesses that he was the one who tried to eat her, and Haru says she always suspected it was him but was still drawn towards Legoshi. However, just as they are on the verge of consummating their relationship, Legoshi’s mouth moves uncontrollably as if he’s going to eat her, and Haru’s body moves, as if on its own, to be eaten by him. Built into their genetics is a relationship of predator and prey, and sex between them isn’t “supposed” to happen. Even so, they’re genuinely in love with each other and they want to make it work, which means denying what their DNA is screaming at them to do. If Legoshi wants his heart’s desire, reason must prevail over instinct.

The underlying message I take away from Beastars is that the question of whether to follow or rebel against one’s animalistic nature is not an all-or-nothing proposition. There are times when it can be of great benefit, but other times when it can be a mistake or lead to disastrous outcomes. Moreover, whether or not doing so is a right choice will vary from individual to individual. Legoshi is not Louis. Legoshi is not Haru. They can naturally accomplish things he cannot and vice versa, but they’re also all capable of going out of their inherent comfort zones to do even more. It is the moderation of both reason and instinct relative to each other that allows us to flourish.