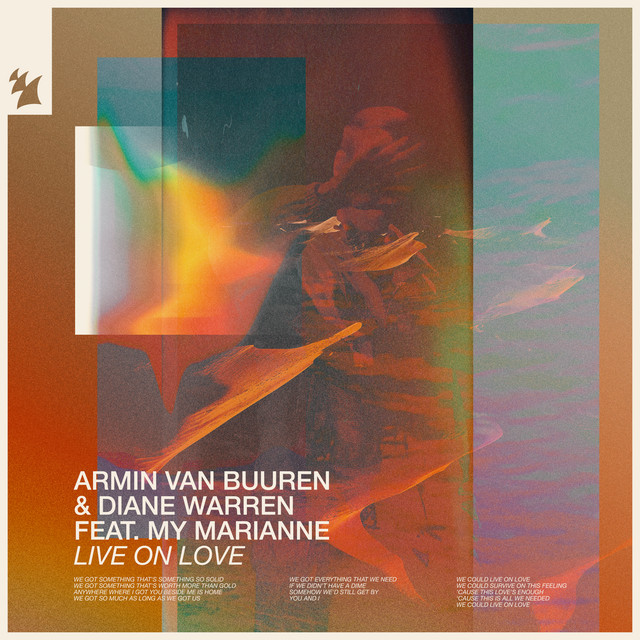 Even Armin van Buuren’s most diehard fans might have a tough time selecting the most high-profile collaborations from his voluminous discography, but the Dutchman’s new single on Armada Music would be a no-brainer to single out. A link-up with none other than legendary songwriter Diane Warren and Swedish songstress My Marianne, ‘Live On Love’ simply ticks all the boxes of an evergreen, soul-nourishing fan favorite. Listen here!

“It’s not often that I find myself in the studio in the company of one of the world’s most distinguished songwriters and I’m stoked to be releasing our collab with My Marianne. I feel this is the perfect song for when the days grow dark and I’m sure listeners will be able to draw hope and strength from it.”

Inspired by the notion that love outweighs anything else, ‘Live On Love’ is the perfect marriage between heartening lyrics, strong vocals and a contagious chord progression. Beautiful showcasing the synergy between the artists’ musical vision and respective skill sets, this track is destined to resonate with fans worldwide and will surely take up a spot amongst Armin van Buuren’s most notable collaborations to date.

“I’m so excited for everyone to hear my song ‘Live On Love’ with Armin van Buuren and My Marianne. I love this record and think you will too! Can’t wait for everyone to dance to it and sing along with it! We can live on love, ‘cause it’s all we need.”

Armin van Buuren has long been a global ambassador for electronic music. The five-time #1 DJ in the world and current #3 has seven full-length artist albums to his name and continues to cultivate a massive worldwide following through his weekly A State Of Trance radio show, event series and album series, reaching 40 million listeners from 80 different countries on a weekly basis. Armin van Buuren also headlines leading festivals and venues around the world, including Electric Daisy Carnival (Las Vegas, New York), Ultra Music Festival (Miami) and Tomorrowland (Belgium).